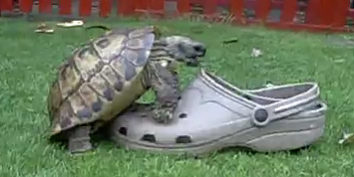 One of the things I find most intriguing about going to conferences is watching other speakers simply because their approach to the universe is so different to my own. Most go with the aim of confusing the attendees sufficiently that they believe the notion that said guru is indispensable and they must buy whatever they are offering them in order to navigate the investing world. Generally ( read almost always) there is no evidence to support any of the contentions that are being raised, just a load of homilies and half truths. The thing I found most interesting is the love affair that some presenters have with stocks. There is a staggering amount of anthropomorphising about stocks – such and such is a good stock because or I love this stock because. It reminds me of people who claim that their dog is a comedian because it rubs its arse on the carpet and then licks its balls in front of strangers. Your dog is just being a dog. The same is true of stocks and in fact I am surprised that some of the fundamentally oriented presenters didn’t start dry humping the lectern whenever they mentioned their favourite stock.

Part of the issue I have with this is the notion of the narrative fallacy – people are trapped by their own story.  In my mind this raises a  question I have never been able to get an answer to. How do you convince the market of your narrative? If we assume that the market is a voting machine what happens if the market does not agree with your belief structure about a given stock. Your affection for it will not in any way alter the trajectory of price. This in turn raises the awkward question of what is your plan B? As an example, consider this piece by Morningstar that dropped into my junk mail folder. It is a rather lengthy piece on ANZ’s  growth strategy – whatever that might mean. The piece itself is a carefully contracted narrative but it doesn’t tell me what to do and when to do it. It gives me a story that I can feel confident repeating to myself or to others as a justification for whatever price action follows my decision. This is the crux of this sort of piece – it is simply a justification mechanism that appeals to my emotions as opposed to making a mechanical case for trading. A compelling justification can insulate me from both the need to take action and the emotional consequences of my action. I can simply either cling to the story or blame the story. Either way responsibility for my actions is abrogated to the narrative.

After seeing this piece I decided to have a look at ANZ to see what if anything I could glean just by looking at the actual data of price – what was the market telling me about its perception of the company. The first thing to do was to look at it in light of the other four banks and as can be seen from the chart below ANZ has not really been the stand out performer over the past 90 months. That honour goes to CBA with NAB bringing up the rear.

This tells me that the market doesn’t necessarily agree with the narrative being put forward by Morningstar. The interesting thing to note is that fundamental analysts all draw their information from the same sources,  either Thompson/Reuters or Bloomberg. Therefore they all know the same things and the market knows the things they know and then it decides on the veracity of their belief. Which again raises the uncomfortable question of how to you convince the market that your story is the right story. To adopt such a position is in some ways the height of arrogance since you believe that your view is the correct one in the face of what the market says. As an example at the 2012 version of the same conference someone asked one of the presenters what they thought of WES. He proudly stated that he wouldn’t buy the stock because his valuation method valued the stock at $4.00 – at the time it was trading at around $30. A year later it was $43. The narrative is a powerful and compelling piece of our psychology – it is also a completely useless piece of the trading puzzle.

Categories: Charting, Get Your Shit Together, Morons I have met, Trading PsychologyBy Chris TateAugust 18, 20141 Comment