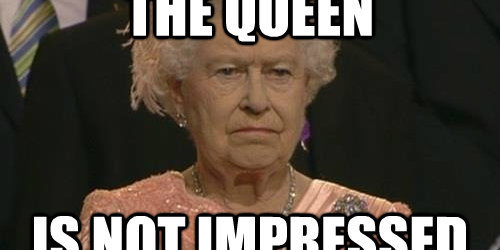 What prompted this little piece was I was reviewing someones trading plan and one of the reasons they listed as wanting to trade was fun and my immediate thought was they are not long for this world. The problem with the notion of fun is that represents an emotional investment in the trading process. this begs the question of whether trading will still be fun in the middle of a drawdown. My guess is that the answer would be a resounding NO.Trading is a profession of routine and part of that routine is adherence to a trading plan. Routine by its very nature is boring – traders are in effect part of a production line. This production line is boring but profitable. However, this boredom aspects does bring about a problem of compliance – in part it is boredom but it is also simply a function of being human. We are really bad at sticking at things, our interests change, our minds wander and we are generally fairly weak willed when it comes to persistence. Just think New Years resolution and you get a sense of what I am talking about.

Interestingly, it is not just adhering to what I would call superficial things that is difficult for people – things that are important and which called for rigourous adherence also seem to cause us problems. Disturbingly adherence to important things such as medication is also problematic. It is thought that adherence rates for treatment regimes for asthma, hypertension and diabetes runs at less than 50%. Intriguingly, compliance rates for cancer treatment are also terrifyingly low with some conditions eliciting compliance as low as 20%.

These somewhat depressing statistics about our ability to stick with something make somewhat sobering reading because we are talking about something more than habit formation. To me habit formation is in many ways a routine for making your bed and whilst it can be helpful in establishing a basis for doing some mundane tasks. Activities that are truly important require discipline or a level that most are incapable of. My definition of discipline is doing something you really do not want to do on a regular basis. Whilst, Sisyphus was condemned to rolling an enormous boulder up a hill only to watch it roll back down and to have to repeat this action forever. As traders we are in many ways condemned to the same fate of endless repetition and it takes more than a notion of fun to keep going.

Categories: Get Your Shit Together, Trading PsychologyBy Chris TateAugust 19, 20143 Comments