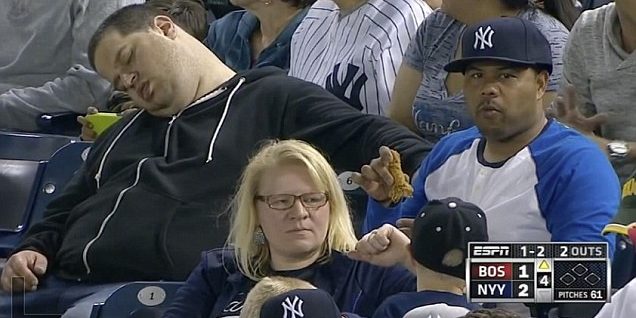 I am currently rereading Nate Silvers – The Signal and the Noise: Why So Many Predictions Fail – but Some Dont . It is a book that I consider compulsory reading for  any trader. The first part of the book deals with baseball – a sporting endevour which lends itself to statistical analysis and which has seen quantitative analysis take centre stage since the publication of Michael Lewis’ Moneyball. Silver talks at length about the role statistics plays in the player recruitment process and how in some ways it has usurped the old time scout who would only have access to their experience and judgement when it came to deciding on whether to pick up a player or not. Over time quantitative analysis has been added to the scouts repertoire and those involved in player recruitment now have a vast array of tools at their disposal in order to weed out the potential champions from the also rans.

However, Silver makes the point that this additional information comes at a cost – more numbers don’t necessarily mean better decisions. Once we move past a certain point more information actually means either the inability to make a decision or the decisions lose fidelity. Consider the chart below of the S&P500. On this chart I have drawn two straight lines representing what I consider to be the current major points of support and resistance in the market.  My contention is that any signal for an index trader that occurs within this zone is irrelevant – it is simply noise within an existing move.

From my perspective this is a simple form of analysis and interpretation, adding more information to the will not in any way enhance the decision making because the current situation is binary. All trading decisions are binary – you are either buying or selling. One of the major issues particularly for new traders is to recognise the simplicity of their decision making. Unfortunately, new traders are often lead by old traders who simply do not know what they are doing.  On the chart below I have added a long term moving average.

The argument could be made that what we are seeing is a period of consolidation within an existing long term trend – adding the moving average has added information to the system and enhanced our analysis. However, I would counter that we already know that the market is in a long term uptrend, adding the moving average does not add new information to the system. it simply adds noise. Nor is this new information relevant because the major impediment for the market remains the pattern of congestion – when prices are locked in this cycle of advance and retreat then nothing of note will happen. the addition of the moving average does nothing to change this. I could adopt a more predictive approach by dropping a series of Fibonacci lines on the chart.

All this does is prove the maxim that if you draw enough crap on a chart eventually somewhere something will bang into something else and you can say….see I told you it works.

The battle who is around the notion of the fidelity of the decisions you make, does the information you add increase the effectiveness of your decision making in any way? This is a problem not only for traders but everyone who is involved in tasks where information is readily available. We have created an environment where machines spew out data in vast quantities. When I first started trading you could really only chart by hand and therefore you were limited in both your universe of stocks and your analysis techniques. As the old timers used to say you had to learn to read the tape. We have also created an environment where we have an expectation that technology will in many ways remove the uncertainty that plagues our decision making – if we have enough information then we can make flawless decisions. the problem is as traders we need uncertainty to be able to have any chance of being profitable – without uncertainty there is no argument over what something is worth. And without this argument there is no opportunity for us.