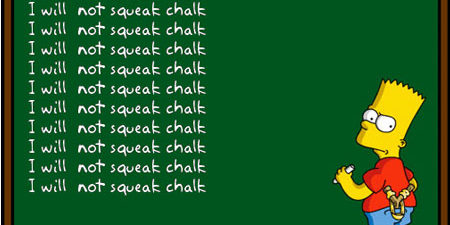 Perfectionism within trading is a major impediment to a lot of new traders. The thought of having a string of losing trades (the norm) is simply an anathema to them and is completely intolerable. The unfortunate part about trading is that it is a profession of being wrong and that sets it apart from most other professions which rely upon being right for career advancement and the attainment of success.

In the book Art & Fear, authors David Bayles and Ted Orland share a surprising story about a ceramics teacher. This story just might reframe the way you think about setting goals, making progress, and becoming better at the things that are important to you.

The ceramics teacher announced that he was dividing the class into two groups. All those on the left side of the studio, he said, would be graded solely on the quantity of work they produced, all those on the right solely on its quality.

His procedure was simple: on the final day of class he would bring in his bathroom scales and weigh the work of the “quantity” group: fifty pounds of pots rated an “A”, forty pounds a “B”, and so on. Those being graded on “quality”, however, needed to produce only one pot — albeit a perfect one — to get an “A”.

Well, grading time came and a curious fact emerged: the works of highest quality were all produced by the group being graded for quantity!

It seems that while the “quantity” group was busily churning out piles of work — and learning from their mistakes — the “quality” group had sat around theorizing about perfection, and in the end had little more to show for their efforts than grandiose theories and a pile of dead clay.

Categories: Get Your Shit Together, Trading PsychologyBy Chris TateJuly 29, 20141 Comment