Traders: Millions by the Minute 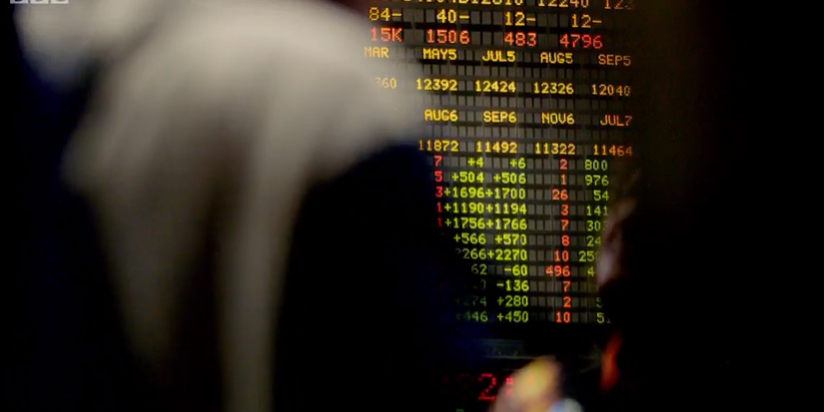 BBC two parter on trading. I cant embed the video so you will have to go here to watch it on BBC iPlayer. If you run into problems with geoblocking you may need to install a browser extension such as Hola or Media Hint

Two-part documentary series which goes inside the fast and fiercely competitive world of financial traders to meet the men and women who play the markets in London, New York, Chicago and Amsterdam. The film offers a rare, personal portrait of what life is like for the people who do this lucrative but

relentless job, against a backdrop of non-stop news, globalised markets and the rise of ultra-fast computers capable of placing millions of trades at a time.

Manhattan hedge fund manager Karen believes that money is power and making it is fun, as she juggles two sets of twins, a busy social calendar and her $200-million fund. Bob has spent more than three decades yelling out his trades and jostling for position on Chicago’s cattle futures trading floor, but now he thinks it may be time wean himself off his trading addiction. London day traders Will and Piers use their expertise to train others in the art of making money from tiny moves in the markets. But they warn their new trainees it is going to be far harder to master the psychological and emotional skills needed for trading than the technicalities. Ultimately, it is a story of money, desire and emotion.