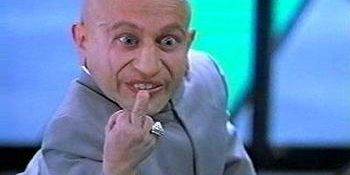 According to The Age –

Investors are using Australia’s stock market to bet that the iron ore rout has further to run.

Two of the five most-shorted companies in the nation’s benchmark equity index are producers of the commodity, while bearish bets on Atlas Iron hit a record this month, market data shows. Short sellers are positioning themselves after iron ore prices in China tumbled 41 per cent this year to the lowest since 2009, falling below $US80 a tonne this week.

Mining companies are leading declines on the S&P/ASX 200 Index this year as an increase in global iron ore supply coincides with slumping demand in China, forcing producers from Arrium to Pluton Resources to sell shares to shore up their balance sheets.

The speculation by short-sellers stands in stark contrast with commodity analysts, who predict a iron ore rebound by year-end.

I have actually heard this from a variety of sources, so as with all things I thought it best to go to the source and check. The ASX does print daily lists of short sale interest. I have rearranged the raw data into the table below to show those stocks that might have some recognisable degree of short sale interest. There is not a lot of depth in short sellers in the local market – as you can see short interest drops off dramatically as you move through the list.

As with all things context is everything. Consider the case of Arrium which according to the somewhat breathless headline in The Age is in the grip of some short selling mania but the data actually tells a different story. Of the total issued capital of Arrium only 1.39% is reported as being a short sale. This means that 98.61% is not. Overwhelmingly investors in this stock are long not short which is intriguing since the stock has been falling since May.

Who said a degree in media studies was worthless……oh wait I think that was me….

Categories: Economy, Get Your Shit Together, Morons I have metBy Chris TateSeptember 25, 2014