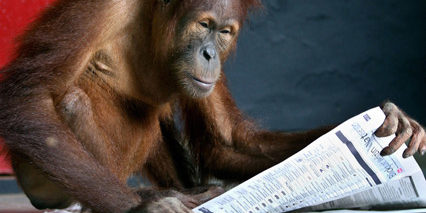 Every so I often I get an email from someone asking whether they should buy or sell a given stock. My answer is always the same I cannot offer you advice and do your own thinking. However, recently I got such a request regarding Echo Entertainment that interested me.

As you can see from the chart below the performance of Echo(EGP) has not been stellar with the share value dropping from a high of $4.41 to the current price of $2.42

The request was accompanied by a link to an article in the SMH, which proclaimed that EGP was the cheapest casino in the developed world according to a report generated by VGI Partners. VGI Partners coincidentally have just taken a 3% stake in EGP so it is hardly surprising that they would generate a report that was positive to their investment. It is unlikely that having taken a large stake in the company that they would come out and say that the company was worth about as much as the chip shop around the corner. So you can regard it as little more than a marketing statement. In the old days we used to call this talking your book. Brokers would take positions in companies and then proceed to trumpet to the world how marvellous the company was in an attempt to lift the share price.

The reason why I was interested in this email was that it and the accompanying news items are what I would call N=1 problems. That is they are anecdotes or opinions. In my opinion and in line with my background they fail the test of the law of large numbers. That is they are not representative of a consensus view or a view that is either easily testable or repeatable. And herein lies the crux of the problem with analysts work – they are anecdotes. They may have the appearance of carefully crafted research in fact investment houses call their storytellers analysts and refer to their departments as research departments when in fact they should be referred to as story telling departments. There is an old rule in actual research that if someone else cannot repeat your research then it is merely an opinion.

I have long been interested in the power of the narrative and the effect it has on individuals. We have a natural bias towards story telling and from an evolutionary standpoint this is understandable. Before the invention of writing information was passed on via stories. We learnt about what foods to eat, what foods to avoid and what might want us as food from stories. Within this context it is easy to understand the power of the narrative.

However, the power of the narrative makes us blind to data and is in part why I think magical thinking still exists today. Magical thinking aside from being a cognitive deficit is also closely linked to our desire for a narrative that excludes data or rational thinking. We are apes that tell stories.

If we return to the EGP story we can actually generate data that takes its cue from the collective so it conforms to the law of large numbers and is reproducible. From what I can tell part of the argument for EGP that VGI make is that based upon their models it is cheap, particularly when compared with Crown (CWN). A comparison with the performance of CWN is enlightening.

The issue of comparing the performance of one entity with another with an idiosyncratic model generates a problem. Someone else may have a different model and this is the situation that has arisen with the marketing piece generated by VGI.

According to the source article –

The most expensive casino, according to the VGI presentation, is Wynn Macau, which is priced at 16.2-times.

But Goldman Sachs analyst Adam Alexander said Echo’s forward earnings multiple is a function of the unique way that it normalises its volatile VIP earnings. This, therefore, makes comparisons across the industry difficult, he said.

“If you valued Crown and Echo on equivalent win rates then Crown is cheaper than Echo,” Mr Alexander said.

So according to someone else and their narrative CWN is actually cheaper than EGP. This is the central problem with narratives; at their heart they reflect the collective biases of the individual generating them. Someone says EGP is cheap and someone else counters that it is actually expensive.

As the article in the SMH says it is confusing and at times I think it is designed to appear that way since if it is confusing then you couldn’t possibly be able to think for yourself. So in part we have a narrative designed to generate credibility but also to confuse which lands financial analysts squarely in the camp of weasel speak.

This raises the question of how do we make a decision regarding an entity such as EGP where there is argument about is valuation and by extension its suitability as an investment. I am unable to give you that advice but I can offer you some raw data. Below is the value of $1 invested in EGP over time and its drawdown curve.

You can see that any investment in EGP has languished over the past two years. This naturally does not tell you what the future will be – it is little more than a crystal clear look at the past. But this introduces another philosophical divide that is similar to problems with the narrative fallacy. Any form of future prediction is merely a guess – so when an analyst tells you that a share will be worth X in the future they are merely voicing an opinion. But this is precisely why stories are so attractive; they attempt to give us a sense of the future when we have actually have no knowledge of the future at all.

In deciding whether to buy or sell any entity you have to form your own opinion and in part this opinion is a narrative but with a distinct difference from the narrative of someone like VGI. Think of it in scientific terms. Assume that you decide with EGP that you will buy if it makes a new 52 week high – this is your hypothesis and you are going to test this hypothesis by buying it is it does this. Note this is not in the strictest sense a narrative because if you are being vaguely professional you are not emotionally wedded to your story since you accept that your story is merely a hypothesis backed by the collective wisdom of price. If your hypothesis is incorrect you move on and generate a new one.