More On Being Wrong 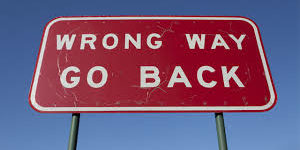 There’s an academic I know — very well respected — who especially values one of his collaborators. This particular colleague isn’t invaluable because of his creativity or intellect, says my professor friend, but because “he is willing to tell me when I’m wrong, and that’s rare”. It is indeed rare. Perhaps even rarer is the practice of seeking out colleagues because they give frank criticism.

I certainly don’t enjoy being told that I’m wrong. And it seems that I’m not alone. A recently published working paper from Paul Green and Francesca Gino of Harvard, and Bradley Staats of the University of North Carolina, caught people in the act of avoiding criticism. The particular kind of criticism that interested the researchers was where I think I’m doing a good job, and then you tell me that I’m not. (In the jargon, this is “disconfirmatory feedback”.)

Green, Gino and Staats looked at data from an internal peer feedback process in a medium-sized company over several years. They were able to show that when disconfirmatory feedback arrived, workers would then avoid contact with the people who had given them the unwelcome comments. This is the exact opposite of my professor friend’s behaviour — but, I think, a much more typical response. We don’t like it when people tell us that we’re failing.

An Astronauts Guide To Self Isolation
March 23, 2020