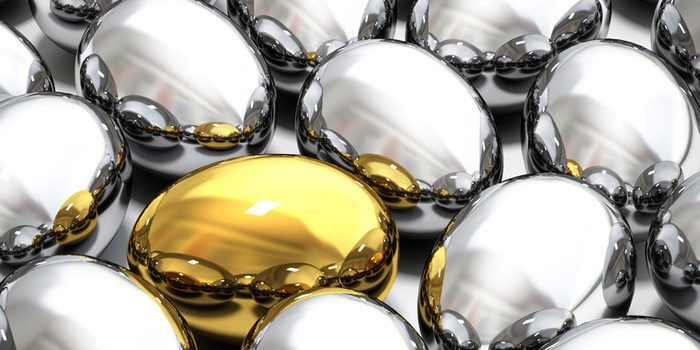 Recently on the Google box there has been a debate as to whether gold is either a better investment than equities or  is in fact actually a hedge against inflation. This debate is interesting because of some of the logical fallacies both sides make in trying to justify their arguments. If you ask the simple question as to which is the better investment the answer is it depends.

All investment vehicles cycle through periods of growth followed by contraction. Part of the problem with the arguments made by the stock pundits is that they compare the price of gold dating back from the year dot to a given equity benchmark. The problem with this argument is that it ignores the fact that before 1968 gold was not readily tradable. It was held as a store of wealth against currencies were backed – the official exchange rate was set at $35 per ounce. The gold standard was officially ended in 1971 after France reduced its dollar reserves by exchanging them for gold in an effort to curtail US influence.

This was followed by the US ending the international convertibility of gold in 1971 as a result of the economic strain imposed by the Vietnam war. It wasn’t until 1975 that  futures contracts appeared and options on these contracts didn’t appear until 1982. So the ability to actually trade gold has lagged behind the ability of equities to be traded by a substantial margin. This lack of tradability does have a bearing on the argument as we will see.

The differences in the history of both instruments goes to the heart of various arguments, before deciding whether one particular investment vehicle is better than another you first need to ask the question for who is it a better investment. From this flows a natural discussion of time horizon and investor motivation. Without understanding the why there really isn’t anything other than a series of dogmatic rants.

In trying to establish their dominance share pundits are prone to showing a chart of gold versus a given accumulation index. They generally make a half arsed comparison going back to the time of Methuselah and then yell see I told you so. However, they make the mistake of not stipulating their time frame and whether that time frame is relevant . In looking at this question I thought initially it might be interesting to put both instruments on an equal footing in terms of tradability. It is easier to trade an equity than it is to trade gold, even in todays age of ready access to markets trading gold requires access to either a CFD account or more directly a futures account. However, there is a way to solve this problem. There are ETF’s that cover both the S&P500 TR Index (SPY) and which also track the price of gold bullion (GLD). Comparing these over recent times shows something very interesting as can be seen by the three charts below.

Over the time frame examined gold easily trumps equities as a simple buy and hold investment. It does so in both terms of raw return and most importantly in terms  of maximum drawdown. The argument could also be raised that ten years is about the maximum time horizon for any investors – most peoples attentions spans now top out at about 11 minutes so ten years is probably an eternity. Yet, this analysis runs into the same problem as everyone else’s – it simply assumes that investors buy and hold a given investment class and in doing so doesn’t take into account motivations.  So whilst interesting it is ultimately pointless.

Gold bugs fall into a different form of error in that they base their arguments on appeals to emotion. In the US exhortations to buy gold seem to the outsider to be based on everything from the coming apocalypse, to the rapture to the government is coming to take your guns of you (nobody said right wingers were very bright). To back up this claim they are prone to citing the roll of gold in protecting investor wealth during times of crisis. However a quick check of major world crisis’s including us coming to the brink of annihilation show this to be not true. Even the mighty GFC failed to rally gold to any great extent.

A listing of the major political and financial events of the past three decades seems to show that gold has no correlation with these events at all. So claims that gold is a hedge against instability do not seem to be based in reality.  In the end the argument as to which is better is meaningless because of the shifting parameters upon which the arguments are based. The answer as to which one wins depends upon the question you ask and that question has to be carefully stated. For example, if I ask the question which investment class has produced the best return with the lowest drawdown over the past ten years a case could be made for gold. If I ask the question is gold a natural hedge against stability the answer quite reasonably could be no. As I said earlier, all vehicles cycle and the job of a trader is to recognise those cycles and to try and take advantage of them. There will be times when gold is a tremendous investment vehicle for some individuals. Conversely, there will be a time when equities are outstanding. Simply standing on your soapbox and yelling my tie is a nicer colour than yours is childish and offers nothing to the understanding of broad market analysis.

Categories: Charting, Commodities, Get Your Shit Together, International Markets, Morons I have metBy Chris TateAugust 2, 20141 Comment