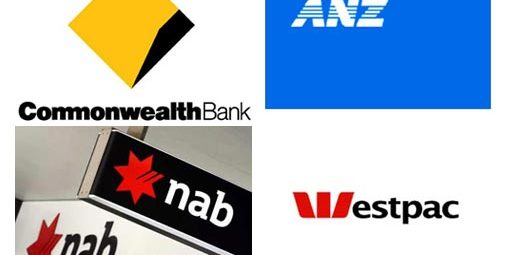 I recently received an email from someone who should have known better because attached to the email was a brokers report. The report told me I should buy NAB because it had under performed its counterparts. So not being one to take anything a broker says at face value I decided to check for myself.

Firstly, has NAB lagged its counterparts?

It would appear it has but if under performance is a reason to buy something then we should also be buying ANZ because it too has lagged behind.

The other thing we have to examine is what has been the actual price trajectory of NAB been.

As can be seen NAB has gone nowhere for almost a year – a series of lower highs and lower lows hardly presents a compelling argument to buy something. However, this raises a larger issue and that is one of the desire to buy things that we believe are cheap. My view is diametrically opposed to this since I believe that we should be buying instruments that are becoming more expensive since it is this increase in value that indicates market support. The idea of buying things that we believe are cheap is emotionally compelling but financially disastrous because it would have us buying the worst performing shares. We would be eternally locked in a cycle of buying issues that simply kept getting cheaper.

There is a reason why issues that are performing badly appear cheap – it is because nobody wants them. If nobody else wants them, what makes you think you are right and everyone else is wrong.