Predictions From The RBA 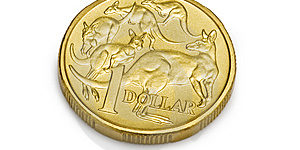 Whilst puddling around today I heard on the radio that Glenn Stevens the head of the RBA had issued a dire warning for just about everything. I have to admit I wasn’t paying attention because this is the same group that has predicted 17 of our past 3 recessions but I decided to look up exaclty what was said when I got home. So I snipped the following from the SMH

The Reserve Bank believes the Australian dollar is set to fall significantly, “and not by just a few cents”.

Addressing the Australasian Meeting of the International Econometric Society in Hobart today, the Bank’s governor Glenn Stevens also delivered a slap in the face of government and opposition frontbenchers who have been making big claims about the May budget.

Mr Stevens told the conference that the federal budget seemed “unlikely” to materially change the near-term outlook. “Over the next couple of years the estimated impact of the budget is not very different from what we had previously been assuming.”

Like Labor’s cuts, the Coalition’s cuts were “actually not particularly large when compared with past episodes of fiscal tightening”.

At 94 US cents to the dollar Australia’s current exchange rate was far too high, he said.

“Lest there be any uncertainty about this, let me be clear, again, that the exchange rate remains high by historical standards,” Mr Stevens told the conference. “When judged against current and likely future trends in the terms of trade, and Australia’s still high costs of production relative to those elsewhere in the world, most measurements would say it is overvalued, and not by just a few cents.”

I wanted to see if the $A was high compared to historical standards so I dug out some data courtesy of the RBA and drew a bit of a picture.

If one wanted to be a little mischievous you could say that since the start of the data I have the $A isnt really that high compared to its long term history. Naturally, for a good part of this period the $A was fixed and therefore not truly representative of global market sentiment. The data since floating is a little different with a somewhat lower average value.

So what does it mean….sod all really.

The RBA like any aggregation of economists has a fairly poor track record of prediction the direction of any market. however, it was interesting to spend a little time looking at the deep history of the $A