The Delusions Of Others 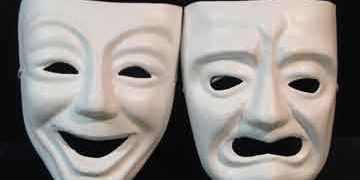 Last year (been waiting a  few days to say that) I wrote about the lies we tell ourselves in order to successfully navigate our lives. Unfortunately, the propensity we have towards delusion means that we are also subject to the delusions of others. My guess is that this is part of the the in-built crowd conformity psychology we have evolved. There are ample examples of group psychosis throughout our chequered history. As a sample of the sort of group delusion that is possible consider the video below.

In what I consider the halcyon days of the martial arts (the mid 1970’s) I used to jump on the train at Camberwell station and head into Chinatown and spend Saturday afternoons  watching incredibly badly dubbed films full of blokes in silk pyjama’s flying through the air and beating the living crap out of one another. It is easy to think that this style of film was designed for a certain audience – think 12 year old boy. However, they were reflective of the wider cultural appeal of magical thinking. The desire for the world and by implication  us to be potentially more than you actually see. It could be argued that this is largely harmless fun and in its place it is  it is fantasy and make believe.  However, once groups begin to buy into the delusions of others the results can be comical or tragic.

The clip above is  complete and utter bullshit.Try this whilst working the door of the Pier hotel in Frankston on a Friday night in the early 1980’s and you would have had your arse handed to you. Such nonsense is  dependant upon buying into the group think or delusions of others – the tendency to conform to the group lie is very strong. Such seminars generate their currency from the buy in of others, once people stop believing then the magic disappears.  The same is true of all such gatherings where the group dynamic is the driving force in accepting what is occurring. Couple this with a healthy does of magic and you have a ready made audience for whatever bullshit you are peddling.

The issue is the suspension of judgement in the face of the group, we have a tendency to abrogate our decision making to others, we do this on a daily basis. We place our trust in professionals from various industries. And I have to admit that the hardest part of being in business is the length of time it takes to assemble a team around you that you can actually trust. The same thing occurs in trading – the masses place their trust in fund managers/banks to do the right thing by them. A placement of trust that is surely misplaced given the recent scandals involving bank based financial planners and the ongoing debacle that is the performance of fund managers.  We feel that our own decision making is not good enough or that we are not smart enough to navigate the supposedly labyrinthine world of finance and the finance industry does its best to convince us of that. As such we buy into their delusions and if you have never thought that the people managing your superannuation are not delusional simply listen to their excuses as to why for the 15th year in a row they failed to match the index and charged you for the privilege.

The tendency towards delusional thinking in humans is immensely strong and I can see that it acts as a balm for many of the ills that afflict our lives.  It has always struck me that the battle towards success is not such much an external battle but an internal one.

Categories: Get Your Shit Together, Morons I have met, Trading PsychologyBy Chris TateJanuary 6, 20161 Comment