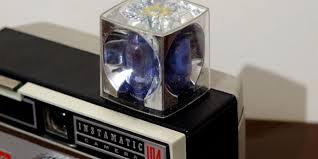 The most interesting thing to happen in markets for sometime was the GBP flash crash that occurred last week. I only caught the tail end of the crash as I saw some of my GBP puts leap ten fold in value and then settle back down. Which was followed by me going WTF? was that all about. Much has been written about the causes of the crash, everything from a fat fingered trader to a rogue algorithm have been blamed. To be honest I have no idea which hypothesis is correct and I doubt anyone will know for certain unless someone puts their hand up and takes responsibility.

There are two things I find interesting about this sort of event. Firstly, because it occurred in the FX market the implications for and interest of most people is limited. This is not like a flash crash that happens in an equities market and everyone suddenly begins to panic about machines making markets untradeable. Secondly, much of the commentary missed the point that the GBP has been in decline for some time. On the charts below I have highlighted the Brexit vote with the vertical red line. As you can see the GBP begin its decline almost a year earlier. All of these smaller shocks are occurring within the background of an existing downtrend.

The bottom line is that the overall trend matters the most – everything else is simply noise that does in a perverse way seems to be designed to deliberately trip up the trader.