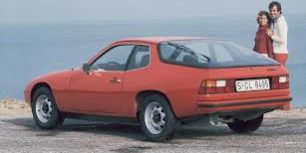 There are two things that I regard as permanent fixtures of trading – drawdowns and the need for resilience. People come to trading all bright and enthusiastic with the belief that their equity will resemble a lunar launch – it will go straight up and never come down. When this magical state of affairs does not manifest itself they tend to toss their toys out of the pram and make all sorts of excuses. The interesting thing is that this sort of behaviour is not restricted to your amateur investor, it can also infect those whose business is money management. I caught the following snippet from FINalternatives a news site that covers hedge funds among other aspects of trading.

Rinehart Capital Partners founder Andrew Cunagin told clients he would shut his Nashville, Tenn.-based hedge fund, which had less than $100 million in assets under management. The firm has lost money in each of the past two years, a stretch of poor performance that Cunagin blamed both on high-frequency trading and what he sees as a ballooning stock bubble.

Cunagin didn’t hold back on either subject, echoing the allegation in Michael Lewis’ Flash Boys that HFT has “rigged” the U.S. markets. But, he said, the trouble is not limited to the most developed markets, telling The Wall Street Journal that there is “clear evidence of penetration” in South Korea, Mexico and elsewhere.

The decision to leave a business is a personal one but I would cite two things. Firstly, this is the paying field that everyone has at present and some are making money. Secondly, bad years are part of the business – some years are good years and other years are bad . This is a feature of any business not just trading and it afflicts all businesses at some stage in their life cycle. To illustrate this consider the case of Porsche – you would always think that there would be a demand for Porsche albeit one that is tied to the economic cycle. Consider the chart below – this is the the sales of Porsches in the US since 1986. As you can see sales started to collapse in the late 1980’s and were disastrous in the early 1990’s with an 87% collapse in sales between 1987 and 1993. As a Porsche enthusiast I remember these years well, a series of disastrous model choices and poor management brought the company to the brink of extinction. Anyone who bought a 924 should have been shot….

If this were a trading system most would have packed up and gone home.

Cunagin launched Rinehart in 2007, backed by Maverick Capital co-founder Lee Ainslie. After losing money—like almost every other hedge fund—in 2008, Rinehart posted gains from 2009 through 2011. But in 2012, it fell 7% and lost a further 15% last year. The fund is down 4% this year.

The staggering collapse in Porsche sales certainly dwarfs the results posted by Rinehart Capital Partners. To get an idea of what can occur in trading systems it is actually quite easy to look at one of the locally listed LIC’s such as AFI. AFI is at its heart a trading system and its results are made public via the performance of its share price, this makes data collection very easy since most fund managers try and hide their actual performance. Most only give meaningless percentage return figures. The AFI trading system is stated on their website as –

We aim to provide shareholders with attractive investment returns through access to a steady stream of fully franked dividends and medium to long term capital growth.

In this regard our primary goals are:

to pay dividends which, over time, grow faster than the rate of inflation; and

to provide attractive total returns over the medium to long term.

Its not a particularly good system as you can see but it is one that is transparent in its results and it is quite easy to see the level of their drawdowns. In assessing any system it is the trajectory of drawdowns that indicates whether you can cope with a system and I am surprised that a professional money manager did not have data that told them what their system would look like when it was not functioning optimally.

The issue at hand is one of drawdown and as you can see AFI has had some shockers and this is in the main due to their philosophy and approach – it no doubt has a fundamental flaw that keeps it in the market all the time as evidenced by its hellish drawdown. However, they keep going because keeping going is the nature of the business.  All trading systems drawdown, there is simply no way around this fact. Humans are fallible and the things we build and interact with are a reflection of this fallibility.  Whilst, trading certainly beats working for a living it is not the magical ticket to the promised land that many people think it is. there will be good times and bad times for professional and amateur alike.

I am often asked if their is a secret to success in trading and the question popped up on Sunday at our final Mentor Program meeting and my answer is the always the same. It is the ability to keep going the has always separated the successful from the unsuccessful – it doesnt matter what the endevour.  You can always default to blaming other people, circumstances or magical unseen forces but in the end the decision to give up is a personal one.

Categories: Banks and Finance, Get Your Shit Together, Trading PsychologyBy Chris TateSeptember 9, 20141 Comment