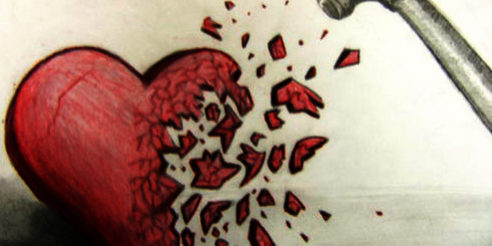 I have often written that courage is an underrated commodity in trading. In fact it is rarely mentioned. Most of  the time the psychological toughness required to trade is ignored by people in the trading education business. It is spoken about by actual traders but those on the sell side of the business rarely if ever speak of it. The cynic in me thinks that this might be because they have never traded and therefore do not know that it is required. Or they have tried and failed and don’t mention it because it brings back painful memories of their own failures.

Trading requires you to be wrong on a regular basis – in fact you are wrong more often than you are right. And this constant grind requires a certain degree of fortitude to endure.

However, as with all things context is key. Losing a small amount on one or many trades does not by and large have world shattering consequences. We may get annoyed, stomp around the house and generally act like a dick for a day. Granted this does spill over onto those around us but if you are a grown up its effect is transient. Today LB and attended the funeral of someone who was near and dear to our trading community and it is at times such as this that you see true courage in the face of world shattering events. The capacity of people to keep moving forward when their world has disintegrated has always amazed me and it puts the minor travails of being a trader into sharp relief.

We may all think that what we do is important and in someway of value to the world. But what we do as a profession is in someways artificial – it does not really exist. We simply move different coloured numbers from one part of a screen to another. Whether we win or lose on a trade is of no consequence to our world or the wider world around us. Therefore, the amount of courage needed to keep going is merely the courage required to deal with your own ego and your own minor emotional failings. In no way is it similar to the courage required to keep going when you have been presented with a true loss.

We overstate in our own mind the import of what we do when in reality it is little more than a game.