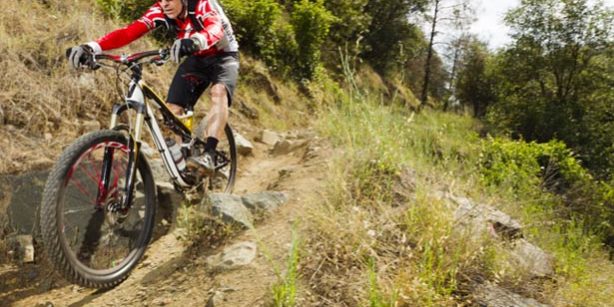 It’s two days after Ned Overend’s 60th birthday, his back hurts, and he’s staring into the weeds at Suicide Six—billed as one of the oldest ski areas in the East—puzzling out how to avoid a broken hip. He pushes his gray carbon cyclocross bike up a 30-degree slope, noting ruts, loose dirt, a toad, and the keen left curve that tomorrow he’ll be taking at considerable velocity during the finishing sprint of the Vermont Overland Adventure Ride. Overend—known to his fans simply as Ned, à la Sting or Prince—stands five foot eight, weighs 140 pounds, and walks slightly bowlegged, like a cowboy who has forked a horse every day for six decades.

Ned is concerned about the myriad loose-gravel descents throughout the 52-mile grinder, essentially a cyclocross race on non-maintained roads. Event director Peter Vollers calls it a gentleman’s race, since the purse is a faux-plaid-flannel jersey and bragging rights. “You do stupid shit when you’re racing,” Ned says. It’s August now. He doesn’t want an injury to jeopardize his fall season, which would upset his winter fat-bike season—with a new national title to defend.

Ned’s backache was inflamed by the flight from California, where he spends part of the year working as a brand ambassador for Specialized. He arrived three days early to adjust for jet lag and check out the course. Vollers can’t believe Ned has come to his race in only its second year. Like gravel-grinder racing in general, the Vermont Overland is swelling in popularity, and there are license plates in the parking lot from all over New England. A racer himself, Vollers shakes Ned’s hand and asks if he’ll roll through to meet some riders. Ned obliges, but he’s anxious to recon the course, then get an IPA and hit the sack.