What Will It Take to Run A 2-HOUR Marathon? 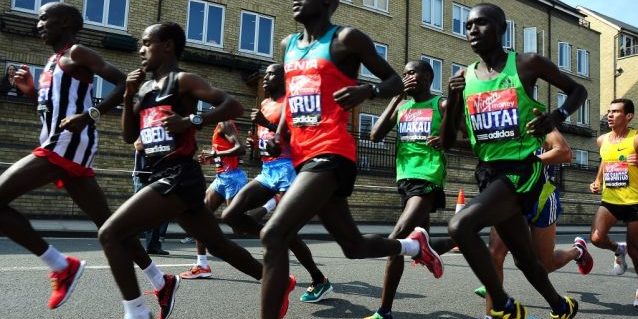 When Ronaldo da Costa broke the finish-line tape at the 1998 Berlin Marathon, he began dancing a samba. He deserved to party: The marathon world record had been stuck at 2:06:50 since 1988, after creeping down an average of just five seconds a year since the late ’60s. The wafer-thin Brazilian had shattered the mark by 45 seconds. And that was just the beginning: Including da Costa’s run, the record has been broken nine times, by a total of three minutes, 53 seconds, leaving us just two minutes, 57 seconds away from the two-hour marathon. The current world record of 2:02:57, set by Kenyan Dennis Kimetto this year in Berlin, works out to 4:41.5 per mile; a sub-two would require less than 4:35 per mile. Will a human ever run that fast? To answer that question, we assembled a database of more than 10,000 top marathon performances going back half a century, using rankings compiled by the Association of Road Racing Statisticians. We crunched the numbers and plotted the trends to identify the factors that helped race times improve so dramatically since da Costa’s 1998 performance. Why? Because it’s those nine factors that will determine the likelihood of a sub-two-hour race—and they’ll all have to align to create the perfect race for the perfect runner.