What Can Investors Do About Overconfidence? 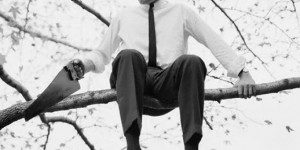 Overconfidence can have a profound impact on our decision making, but can be difficult to acknowledge and even harder to rectify.  It also seems likely that overconfidence is a particularly pernicious bias in the investment industry, for the following reasons:

– Selection bias: There is probably a selection bias into front office investment management roles – that is overconfident individuals are more likely to ‘ascend’ to such positions.

– Overvaluing overconfidence: Related to the prior point – overconfidence tends to be an effective career strategy. Against an uncertain backdrop we seem to value those who take bold and singular views, whilst being scornful of pragmatism, nuance and probabilities.

– Overconfidence is easy: When operating in an environment marked by randomness and uncertainty it doesn’t take a great deal to make an overconfident decision.