Was Tom Hayes Running the Biggest Financial Conspiracy in History? 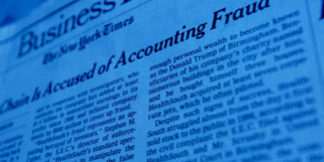 On a deserted trading floor, at the Tokyo headquarters of a Swiss bank, Tom Hayes sat rapt before a bank of eight computer screens. Collar askew, pale features pinched, blond hair mussed from a habit of pulling at it when he was deep in thought, the British trader was even more disheveled than usual. It was Sept. 15, 2008, and it looked, he would later recall, like the end of the world.

Hayes had been woken at dawn in his apartment by a call from his boss, telling him to get into the office immediately. In New York, Lehman Brothers was plunging into bankruptcy. At his desk, Hayes watched the world process the news and panic. Each market as it opened became a sea of flashing red as investors frantically dumped their holdings. In moments like this, Hayes entered an almost unconscious state, rapidly processing the tide of information before him and calculating the best escape route.

Hayes was a phenom at UBS, one of the best the bank had at trading derivatives. All year long, the financial crisis had been good for him. The chaos had let him buy cheaply from those desperate to get out, and sell high to the unlucky few who still needed to trade. While most dealers closed up shop in fear, Hayes, with his seemingly limitless appetite for risk, stayed in. He was 28 years old and he was up more than $70 million for the year.

Now that was under threat. Not only did Hayes have to extract himself from every deal he’d done with Lehman, but he’d made a series of enormous bets that in the coming days, interest rates would remain stable. The collapse of the fourth-largest investment bank in the U.S. would surely cause those rates, which were really just barometers of risk, to spike. As Hayes examined his tradebook, one rate mattered more than any other: the London interbank offered rate, or Libor, a benchmark that influenced $350 trillion of securities around the world. For traders like Hayes, this number was the Holy Grail. And two years earlier, he had discovered a way to rig it.