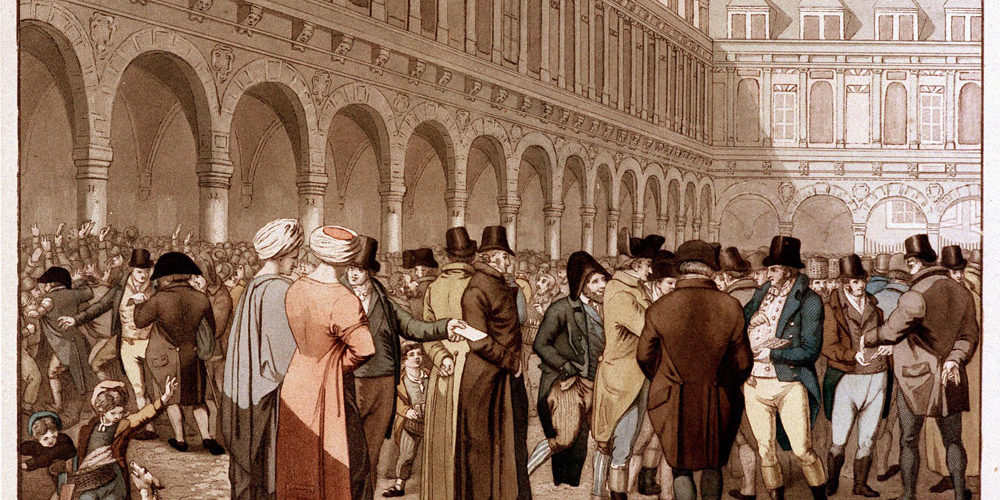 I am always intrigued by the almost constant incantation that says that markets are different now to how they used to be. Every time something happens in a market that doesn’t seem to suit a given perspective or philosophy we get the reasoning that markets are different know. I have lost count of the number of times over the past two decades that I have been told that trend following is dead….somebody forgot to tell the trends that.

This nifty little paper looks at the nature of what is called insider trading conducted by English traders in the Netherlands in the 1770’s and 1780’s. The paper is interesting for two reasons. Firstly, people never change. Secondly, the paper highlights that information is king and those who manage the information they receive tend to do better than those that don’t. This highlights a point i harp on and that is trading is an information management profession – we need to manage the information we receive so that it generates signals that are not only pertinent but free from interpretation.

I have copied the first part of the papers abstract below.

This paper employs a natural experiment from financial history to study the process by which private information is incorporated into prices. I look at the market for English securities in the Netherlands during the 1770s and 1780s. Anecdotal evidence suggests that English insiders traded actively on their private signals, both in London and in Amsterdam. I reconstruct the  arrival dates of sailing boats that transmitted information from London to Amsterdam and I look at the movement of English security prices between the arrivals of boats. The evidence is consistent with a Kyle (1985) model in which insiders trade on their private signals in a strategic way and private information is only slowly revealed to the market as a whole. The speed of information revelation in Amsterdam crucially depended on how long insiders expected it would take for the private signal to be publicly revealed. The importance of private information is underlined by the response of London prices to price discovery in Amsterdam

Private information is central to our understanding of financial markets.1 There is substantial evidence to suggest that it has a significant impact on asset prices. However, the process by which private information is incorporated into prices is difficult to analyze empirically. By definition, private information is not observed directly. It is not clear how insiders or informed agents trade on their information and by what process their private signals are revealed to the market as a whole.