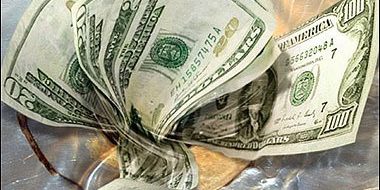 FOR decades looking after other people’s money has been a lucrative business. Profit margins in the asset-management industry were 39% in 2014, according to BCG, a consultancy, compared with 8% in consumer goods and 20% in pharmaceuticals. The industry’s global profits in 2014 were an estimated $102 billion, allowing firms to pay those picking stocks in the American equity market an average salary of around $690,000 a year. Better yet, asset-management is growing fast: the industry looks after $78 trillion worldwide, and could shepherd over $100 trillion by 2020.

Yet the outlook for many asset managers is grim. The industry is being reshaped by low-cost competition. At the same time falling markets are shrinking assets under management, and thus fees levied as a percentage of those assets. Regulators, meanwhile, are trying to prevent consumers from being sold inappropriate products, which are often the most lucrative.

The biggest challenge confronts so-called active managers, who promise to earn returns that are higher than the market benchmark (the S&P 500, for example) by picking investments judiciously. Very few manage to do so: a study by Standard & Poor’s, which compiles the S&P 500 index, among other things, found that 91% of active managers in emerging-market equities failed to beat the relevant index over ten years, and that 95% of active bond managers underperformed.