The Myth and Magic of Deliberate Practice 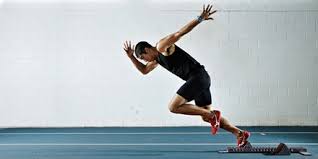 Joe DiMaggio was one of the greatest hitters in baseball history. A three-time winner of the Most Valuable Player award, DiMaggio was selected to the Major League All-Star team in each of his thirteen seasons. He is best known for his remarkable hitting streak during the 1941 season when he recorded a hit in fifty-six consecutive games—a record that still stands more than seventy-five years later.

I recently heard a little-known story about how DiMaggio acquired his exceptional ability.

As the story goes, a journalist was interviewing DiMaggio at his home and asked him what it felt like to be such a “natural hitter.” Without saying a word, he dragged the reporter downstairs. In the shadows of the basement, DiMaggio picked up a bat and began to repeat a series of practice swings. Before each swing, he would call out a particular pitch such as “fastball, low and away” or “slider, inside” and adjust his approach accordingly.

Once he finished the routine, DiMaggio set the bat down, picked up a piece of chalk, and scratched a tally mark on the wall. Then he flicked on the lights to reveal thousands of tally marks covering the basement walls. Supposedly, DiMaggio then looked at the journalist and said, “Don’t you ever tell me that I’m a natural hitter again.”