Surprise, Surprise – CEO’s Are Paid Too Much 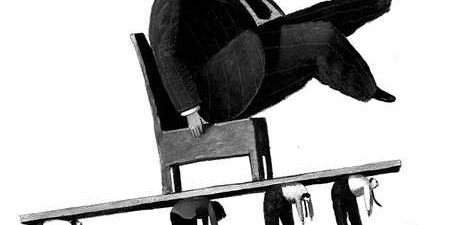 I have long suspected that the majority of CEO’s in the Western world, particularly in the US and Australia are vastly overpaid in terms of the value they bring to both shareholders and communities. Many years ago i looked at the share price performance of companies that had the highest paid CEO’s – at the time it didn’t look very good for CEO’s. From memory their performance based upon this metric was appalling. Interestingly, I don’t seem to be the only person with the same view.

I came across this paper Are Top Executives Paid Enough? An Evidence-Based Review by Philippe Jacquart of the EMLYON Business School and J. Scott Armstrong The Wharton School. the findings of the paper can be summed up by their very concise abstract.

Our review of the evidence found that the notion that higher pay leads to the selection of better executives is undermined by the prevalence of poor recruiting methods. Moreover, higher pay fails to promote better performance. Instead, it undermines the intrinsic motivation of executives, inhibits their learning, leads them to ignore other stakeholders, and discourages them from considering the long-term effects of their decisions on stakeholders. Relating incentive payments to executives’ actions in an effective manner is not possible. Incentives also encourage unethical behaviour. Organizations would benefit from using validated methods to hire top executives, reducing compensation, eliminating incentive plans, and strengthening stockholder governance related to the hiring and compensation of executives.

One of the key points of the paper is that paying people vast sums of money can motivate them to do very mundane task. this has been known by behaviourists for years whereas individuals do more interesting this simply because they are interesting. the notion of being over-compensated for doing something creative and interesting undermines performance dramatically. It seems that very large incentives might actually retard performance – think COE’s of our big four banks which I actually consider to be the easiest job in the world – simply do tomorrow what you did yesterday and you will be paid a small fortune.

Somewhat dishearteningly is the suggestion by the paper that we may not be getting the best and the brightest to run large companies because of an unstructured, incoherent and very unscientific method of selecting CEO’s. It seems as the process of selecting someone to run a company is based on that most bullshit of factors — gut instinct, personal recommendation and general clubbiness.

Reading through the paper triggered my memory of an RSA presentation on what actually motivates us which I have embedded below.