Is it still cheating if I don’t get caught? 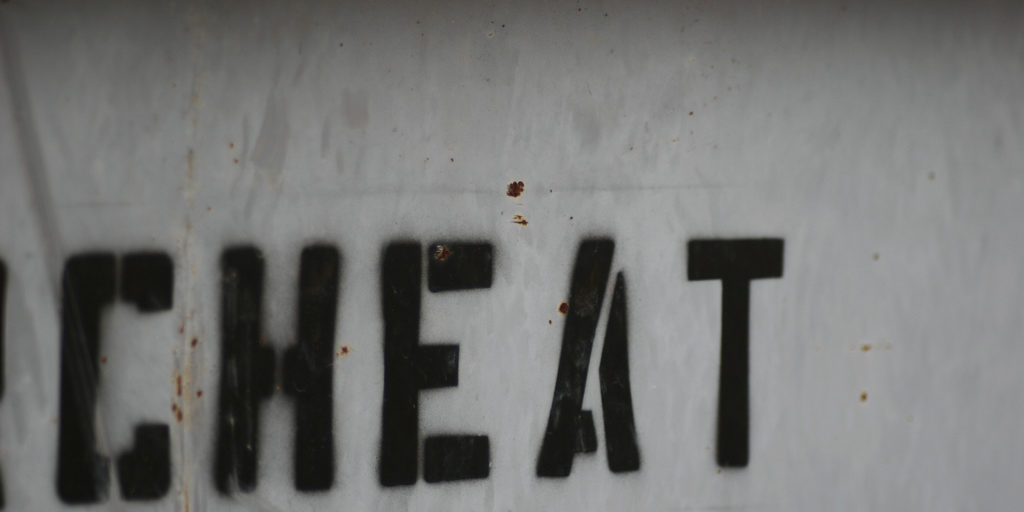 There is an excellent piece by Fairfax media doing the rounds this weekend that looks at the problems Macquarie Bank seems to have complying with the law and the difficulties its financial planning division has in acting honestly. The thrust of the story is that Macquarie has been the subject of an enforceable undertaking due to failings within their private wealth division which encompasses financial planners and stockbrokers. On top of this it has been found that to maintain their professional certifications Macquarie’s financial advisors were involved in systematic and widespread cheating.

Peter Kell, deputy chairman of the Australian Securities and Investments Commission, confirmed on Friday that “Macquarie Equities was significantly deficient in this area”, referring to cheating in exams and manipulation of adviser training regimes.

Mr Kell said that ASIC had uncovered cheating when the regulator had originally investigated Macquarie more than two years ago for compliance breaches and poor record keeping, a probe that resulted in a two-year enforceable undertaking between ASIC and Macquarie in which the investment bank agreed to clean up its problems, described as “systemic” by ASIC.

Being the subject of an AFSL imposes several responsibilities upon both the licence holder and those operating under it. Those giving financial advice are required to adhere to a schedule of professional development. This professional training inevitably involves course work and examination. It is a regime I have been subject to – it is not overly onerous but it is time consuming. It is certainly not of the order of assessment that one might face at university. The typical assessment process for a given module might be to read a piece on say a current change in the regulatory regime and then answer a handful of questions on the material. The assessment is almost always done online and as such lends itself to cheating by those who are organised enough.

The point that intrigued me was the decision by ASIC not to undertake any action against those who had cheated. So those doing the cheating and those who oversaw the cheating are free to continue to work without sanction.

But Mr Kell said an investigation of individual advisers who had cheated on exams would not lead to further action against those involved, due to difficulties in pursuing penalties within the regulatory framework. “The priority is on advisers who have caused detriment, put clients in the wrong products and caused loss.”

To the cynical outside observer this is an interesting decision since Macquarie advisors were caught knowingly breaking the law, their actions at the very leat rendered them none compliant with the educational requirements of the legislation. therefore, at the very least they should be prevented from working until their qualifications are brought up to industry standard as assessed by an external body.

ASIC’s response can be seen as somewhat weak – we know you cheated, we know the cheating was organised and systematic but you can continue to work in the industry whilst operating under the same moral code as you have always had. A cynic might say that this is simply an example of a cozy relationship between a regulator and a powerful industry participant which gets different treatment to others who might find themselves in the same position.

The decision is probably a little more nuanced than this but this is a case involving a huge industry player who already had serious structural problems and perception is reality. The very valid perception is that Macquarie bank has a defective culture that may have had a serious impact upon the financial health of its clients and that the best the watchdog can do is to say that’s a bad bank don’t do it again because I have my eye on you.

As C.S Lewis once said integrity is doing the right thing, even when no one is watching. It will be interesting to see what happens at Macquarie when ASIC stops watching them.

….This article originally appeared on Linkedin……