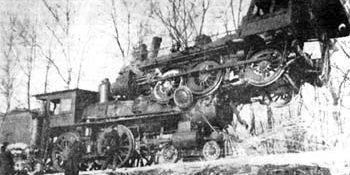 This particular punter has a penchant for anything that indicates that the market might be about to have a correction of any sort. As such they are drawn to this sort of analysis. The drivel about trailing PE’s is neither here nor there – it is simply someones narrative based upon their assumptions. The bit that interests me is the following implication –

The market has not had a 10% correction for sometime (longer than average) and is therefore due for such a correction.

I have a few problems with this sort of statement. Firstly, it is based upon an average and an average is a very blunt tool that doesn’t convey as much information as people think it does since it misses the notion of both variation and the circumstances of actual incidents.  The average does not contain much fidelity about what is actually occurring hence the old joke about the statistician who drowned in a creek with an average depth of three feet. Variation is the key to understanding any situation.

The second point I have difficulty with is that this has an inkling of the gamblers fallacy. This fallacy is based upon a misunderstanding of how statistics work. For example imagine you are betting on the toss of a coin – our intuitive sense of probability says that we expect that we have a 50/50 chance of a toss resulting in a head or a tail and that these outcomes are independent events.  So our chance of throwing 2 tails in a row is 0.50 x 0.50 or 0.25, the odds of throwing 3 tails in a row is 0.5 x 0.50 x 0.50 or 0.125. Thus the probability of extended streaks of a single outcome decreases. It is these extended streaks that catch people out. Their reasoning is that since there has been a run of single outcomes then the underlying probabilities governing the event changes. This is the gamblers fallacy in action.

At some point in the future the market will undoubtedly correct – when this might be I have no idea, but more importantly nor does anyone else.