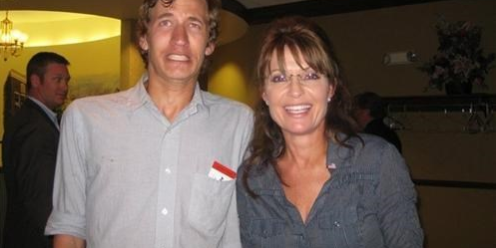 The table below grabbed my attention this morning, it from the investment research group Bespoke who produce all manner of statistics on the market. Most of which I neither understand nor use.

What the table basically says is that the short sold stocks have outperformed the market on the upside – that is short sell a stock and it goes up. Not what the short sellers were hoping for. One of the perennial problems facing short sellers is the notion of the short squeeze – that is bulls spot what you are doing and begin to move prices up forcing you to cover. This process of short covering forces prices even higher. This was the fate of hedge fund manager Bill Ackman in 2012 when he took a huge short position in Herbalife on the basis that he considered it a pyramid scheme. Ackman made a few tactical errors in this trade. The trade was enormous for the size of his fund and he announced it to the market – nothing quite like a healthy ego. Herbalife was then squeezed and Ackman had to swallow a loss estimated at around $500M.

When I saw this I wondered if there were similar data for the local market and whilst the ASX produces data on short interest finding collated data such at that produced above was a little harder. The table below was drawn from Motley Fool who in turn took it from thebull.com.au and it shows the most heavily short sold stocks as of 13/01/14.

I thought I would look at this group and see what the performance of this listing was and this can be seen in the charts below. the vertical blue line denotes the date on which the data was reported.Click the image for a huge version.

Of this group, only BKN would have been a decent trade whereas FXJ, COH and WSA would have been a disaster. Short selling is an interesting concept and one which like all trading tactics has its time and place and in the middle of a bull market is neither the time nor the place.  It is also a highly specialised skill that is very hard to get right particularly in a small equity market such as Australia. I have the overall view of trading that stock selection is actually a secondary consideration to market selection. Market selection means being in the right market at the right time. For example since the GFC the domestic market has lagged the us by a wide margin. the natural consequence of this the that traders/investors should have been in the US and not the local market. The same principle is true of a tactic such as short selling – when the market is long go long stocks, when the market is short go short stocks.  You want to skew the odds of success as much as possible in your favour and this means swimming with the current.

Categories: Get Your Shit Together, Morons I have met, Trading ResourcesBy Chris TateAugust 15, 2014