Self Image And Change 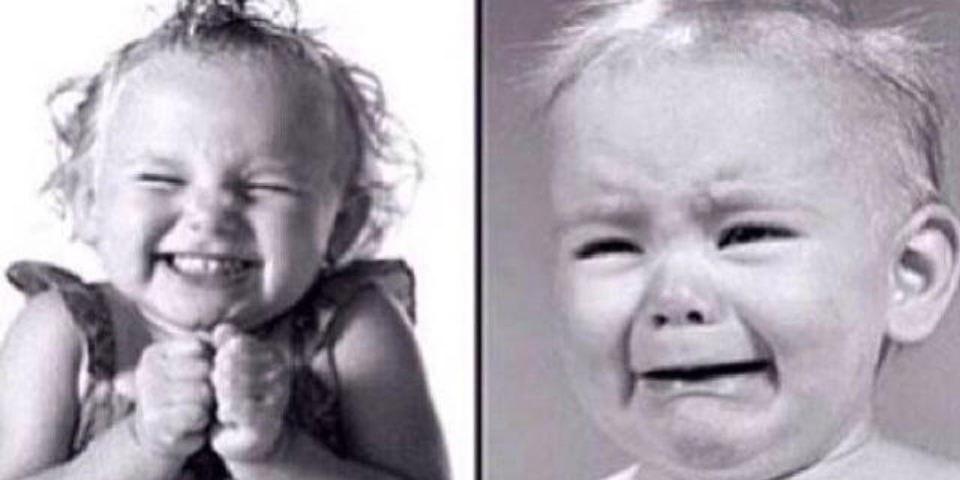 One of the things I find most frustrating about travelling is not the general carry on that is travelling. After decades of it you get used to the queues, the poor service, the people who shouldn’t be let out of the house let alone a plane and then there is the brilliance of an airline actually losing your bag before you even get on the plane (true story).

The real frustration I find is the disruption to my routine, different food, different bed and strangely most importantly a different gym. It does not seem to matter how classy the hotel you stay in the gyms are always rubbish. They are more of an afterthought than a true design consideration. It is therefore something of a treat to come home and work out in your own gym surrounded by things you know. So it was with a degree of relief that I rolled up to my local gym last Thursday having had no chance to work out whilst away.

When you are obsessed with routine like I am then Thursday is the dreaded leg day. For those not familiar with the parlance of lifting leg day is dreaded among lifters because if done with any degree of enthusiasm it makes simple things like getting out of the car a real pain in the arse for the next few days. And people like me make fun of young blokes in the gym who seem to spend hours benching tiny weight, checking their phone and then doing bicep curls for an eternity all whilst staring at themselves on the mirror. The old fashion refrain was that lifters do leg day, hairdressers do bicep curls and drive MX-5’s or if it was 1989 the horrendous Australian Ford Capri Soft Top.

So with equal measure of joy and trepidation I wander over to the squat rack and begin  what could only be loosely called warm up. I have never really been a big one for warming up, I managed to fluke a body that could just grip it and rip it. I could never understand why people would spend an hour rubbing their arses on a foam roller as if they were a Labrador with a nasty case of worms. Besides if you can do the splits how much warming up do you need – apparently a fair bit.

As is my routine for the past God knows how many decades I stuck the bar on my back and did a few cursory warm up squats. I have a habit that when I hit the bottom part of the squat which is known as the hole I tend to move around a little. My flexibility enables me to do this and it warms my hips up for what it come. I come out of the hole with no trouble and drop back into it. As I bounced out of the hole again I felt the adductor in my right leg begin to seize and then get that wonderful  tearing feeling. I dont know if any of you have torn a muscle mid lift but it is somewhat like falling off your bike in slow motion – you know it is going to get a lot worse before it gets better. So in a display of manliness I drop the bar off my shoulders which is always embarrassing when there is nothing on it and I reach forward and grab the side of the squat rack and haul myself up. In a fit of unwarranted optimism I try to convince myself that I might have just cramped it after all my lower back is rubbish after hotel beds and it may have just been one of those transient things. So I wander around the gym shaking my leg as if I am a fat bloke at the RSL trying to shake his tackle loose from his Y-fronts.

The acid test for a torn adductor is to try and sit down and if the damaged leg cannot support your weight then that it. So I attempt to sit down with all the grace and finesse of Humpty Dumpty dropping his fat round arse off a wall.

As I stomped around the gym being quite pissed with myself I began to catalogue the injuries I had generated this year alone, two hamstring tears, a ruptured tendon in my foot, biceps tendonpathy and now a torn adductor. Anyone with any sense would wonder why someone would continue to add to the cornucopia of injuries they had already incurred through a lifetime of either not acting their age or not acting sensibly. That would be a good question and it was one I was considering whilst wandering about the gym.

The central issue is one of self image – good luck in the form of genetics and not skill had blessed me with a body that was referred to in lifting circles as being thick. That meant my body had density and these good genetics could hide my piss poor habits and allow me to get away with various acts of stupidity. The self image I had was of someone who was always big and always strong, if sometimes not very bright. My injuries over the years have begun to threaten this self image and part of my agitation at this new injury was undoubtedly because of this. A torn adductor is irritating but not fatal, I have had far worse and it would not involve an orthopaedic surgeon to fix . With time and a bit of physiotherapy they heal well.  However, when I got home and was sitting down with the joyous experience of a ice bag on my groin and in a stroke of coincidence the following quote by Napoleon Hill appeared in a piece I was reading –

Any image that is held in the mind through the repetition of thought is taken over by the subconscious portion of the mind and automatically influences our behaviour towards the realisation of that image.

You will noticed that in the sentence above I said coincidentally – it was not the universe sending me a message because thankfully the universe has no idea who I am and if this was your immediate thought upon reading it then there is little hope for you in any endeavour. Magical thinking is the enemy of the successful. The quote by Hill is really a rehash and extension of a phrase from the Book of Proverbs chapter 23, verse 7: As a man thinketh in his heart, so is he. This prompted me to  begin to think about my own self image as a lifter and whether that was actually compatible with how the body ages, particularity after a lifetime of playing contact sport. Clearly my own self image in that respect needs revision.

However, as with all universal principles it has a wider application. It is obvious that successful traders have an image in their mind as to what a successful traders is, in many ways this is no different to the visualisation that athletes undertake. It is a form of future pacing where they see themselves at a certain point in time and space as a certain person. My guess is that people who struggle with trading or anything else that requires commitment is that they cannot see themselves in a different light or in a different setting. Their view of themselves is fixed and most probably enhanced and reinforced by those around them. So whilst they may be able to see themselves in a different way those around them act as an anchor. This raises the uncomfortable question to what do with those around you who cling to a former view of you be that personal or professional. This question is very difficult and is not without pain since transition or change is always uncomfortable either for the person changing or those around them. My view is that those around you simply by circumstance will probably never be as committed to a dream or a set of changing circumstances as you. Therefore, you not only have to somehow convince yourself of where you want to be but also drag those around you with you. To my way of thinking this involves two things. Finding people who can help you navigate the change. This is something I regard as a skill set of mine and I have already hired people who can assist with altering what I do and in turn evolve how I perceive myself in the gym. Secondly you have to convince those around you of the need for your own evolution and if they dont get it then it means that you have not described the destination well enough or they are not suited to the journey ahead and you will have to make a decision about their suitability as a travelling companion.

Whenever change is desired or needed it will create tension and anxiety. All great stresses revolve around change of some sort, either in circumstance or self image. Some can navigate this change successfully and see it as a catalyst for new adventures whereas some view change as something to be fought against since the damage it does to their psyche is often too great for them to cope with.