A Self Fulfilling Fantasy 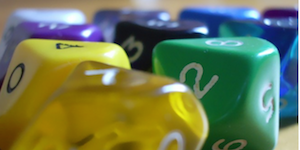 I came across this interesting piece on the British Psychological Society website. You can read the article in full at your leisure but I wanted to look at one particular piece of the article. In short the article looks at the gamblers fallacy – that is the notion that after a series of losses that a gambler is due for a win. You will often hear this expression from double digit IQ football commentators who state that a given side having been flogged for weeks on end are due for a win. In the paper being examined two researchers set out to examine how this fallacy functions in real life not just within the somewhat sterile bounds of academia where undergraduates are given five bucks and a beer to be tortured. What they initially found was fascinating.

Although the bets were from unrelated events, from football matches to horse racing, people who had a run of wins had a higher probability of winning their next bet. For example, gamblers who had a run of three wins had a probability of 0.67 of winning their next bet, compared to a probability of 0.45 for those who hadn’t had such a winning streak. The researchers analysed streaks of up to six wins in a row and found that the probability of winning the next bet just went up and up. The effect also held for losing steaks, so that those who lost successive bets were also more likely to lose again. The effect didn’t seem to be due to skill, since a control analysis showed that the average winnings for gamblers who had long streaks of luck were the same, or perhaps even slightly lower, than for those who didn’t have long streaks. The result seems to contract the gambler’s fallacy, and even our reasonable faith that bet outcomes should be independent.

This is an interesting conundrum and the answer was found in looking at the actual bets that were placing and analysing both odds the bets were placed at and the size of the bet.

The answer to the mystery was revealed when Xu and Harvey analysed the odds of the bets placed by gamblers in the middle of a streak, and the amount they staked. Gamblers who won tended to take their next bet on a safer odds than the bet they had just won, with the reverse true for people on losing streaks. This, the researchers suggest, is because they believed in the gambler’s fallacy and so expected their luck to turn. This had the paradoxical effect of creating luck for those who were already winning – because they then made bets they were more likely to win – and rubbing in the bad luck of those who were losing – because they made bets which they were less likely to win and so perpetuated their losing streak.

What interests me about this study is that the gamblers were using a form of risk control during their streaks in effect they were trading their equity curve – a tactic too few traders engage in. They also seemed to be moving away subconsciously from high volatility markets to markets of perceived low volatility.