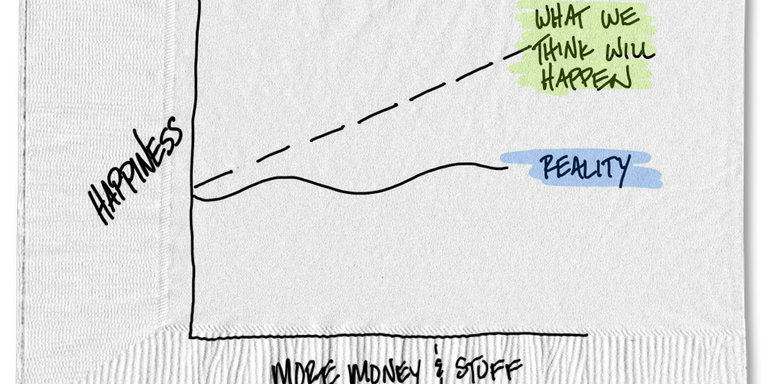 What is the one thing that, if you could just get your hands on it, would make you much happier?

Go ahead. Get out a piece of paper and write down the first thing that pops into your head.

O.K., now fess up. Who wrote something about a new car? How about a promotion? A bigger house? A raise? A yacht? But if you wrote down almost anything at all (except a wish for deeper and more long-lasting relationships), you’re probably wrong.

It turns out that happiness doesn’t come from more money, more stuff or even big life events like getting a raise or landing that dream job.

A study from the 1970s by Philip Brickman, Dan Coates and Ronnie Janoff-Bulman for the Journal of Personality and Social Psychology even found that lottery winners took less satisfaction than nonlottery winners in everyday events, and in general, they were not any happier than those who didn’t win the lottery.

How Our Strengths Shape Our Trading Psychology
July 31, 2020