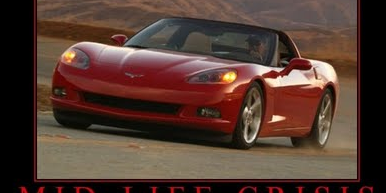 Once In A LifeTime – Talking Heads.

This summer, a friend called in a state of unhappy perplexity. At age 47, after years of struggling to find security in academia, he had received tenure. Instead of feeling satisfied, however, he felt trapped. He fantasized about escape. His reaction had taken him by surprise. It made no sense. Was there something wrong with him? I gave him the best answer I know. I told him about the U-curve.

Not everyone goes through the U-curve. But many people do, and I did. In my 40s, I experienced a lot of success, objectively speaking. I was in a stable and happy relationship; I was healthy; I was financially secure, with a good career and marvelous colleagues; I published a book, wrote for top outlets, won a big journalism prize. If you had described my own career to me as someone else’s, or for that matter if you had offered it to me when I was just out of college, I would have said, “Wow, I want that!” Yet morning after morning (mornings were the worst), I would wake up feeling disappointed, my head buzzing with obsessive thoughts about my failures. I had accomplished too little professionally, had let life pass me by, needed some nameless kind of change or escape.

My dissatisfaction was whiny and irrational, as I well knew, so I kept it to myself. When I thought about it—which I did, a lot—I rejected the term midlife crisis, because I was holding a steady course and never in fact experienced a crisis: more like a constant drizzle of disappointment. What annoyed me most of all, much more than the disappointment itself, was that I felt ungrateful, the last thing in the world I was entitled to be. Hopeful that rationality might prevail, I would count my blessings, quite literally—making lists mentally, and sometimes also on paper of all that I had to be thankful for. Reasoning with myself might help for a little while, but then the disappointment would return. As the weeks turned into months, and then into years, my image of myself began to change. I had always thought of myself as a basically happy person, but now I seemed to be someone who dwelt on discontents, real or imaginary. I supposed I would have to reconcile myself to being a malcontent.

More here – The Atlantic – The Real Roots of Midlife Crisis

Categories: Get Your Shit Together, Trading PsychologyBy Chris TateNovember 25, 20141 Comment