Is The Market Overvalued? 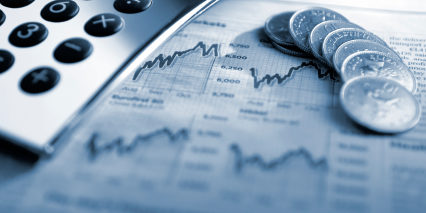 This is a question that tends to get posed at boardrooms and dinner parties any time the market has had an extended run. Whenever, someone poses this question to me, my immediate and somewhat flippant answer is don’t know and don’t care. My response is based upon the notion that I feel it is the wrong question because it is based upon the false assumption that markets can in some way be fairly valued. I feel a more telling and pertinent question to ask is the market exhibiting signs of mania?

By mania I mean is the world consumed by what is happening in the market? Does everyone you met from all walks of life talk incessantly about the market? If the market is a topic of conversation everywhere you go then it is a good bet that the market is in the grip of mania. The problem with this is that it is simply an anecdotal observation that may be skewed by any number of factors.

Defining mania in a quantitative sense is very hard since it is a sociological phenomenon and the social sciences are notoriously fuzzy. The notion of measuring mania is a problem I have returned to over and again. And as the years pass I don’t think I am actually any closer to answering my own question. Traditionally when looking at the notion of valuation and the broader market fundamentalists (as least those with a global view) have turned to looking at relative PE ratios. The thinking behind this as a measure is that as markets accelerate and valuations become more out of alignment with whatever the perceived reality is then this will show up in the markets overall PE ratio.

The chart below is of the Schiller PE ratio compared to the S&P500.

The issue with the sort of data is that it is not a timing tool and therefore it is problematic for those of us who time the market. It also suffers from the problem that the GFC occurred at a time when valuations did not seem to be that divorced from reality. There is a problem for this mechanism and it highlights a problem in general with outlier moves. They may effectively blindside investors because there is no reasonable forewarning and this is one of the problems that seems to have bedeviled markets over the past few decades.

The other tool that I have investigated is margin debt on the NYSE since people when full of misguided conviction will ignore the risks of being over leveraged.

The use of margin debt as a proxy for mania is an interesting concept and is one that I do think has some merit but only as a background measure. I say it is a tool of qualified use because over the years there has been a structural change in the market that I think skews the picture a little. The emergence of hedge funds that use massive amounts of leverage means that when looking at margin debt we are not actually looking solely at retail margin but also institutional margin. So in effect we are seeing institutional mania.

However, some would argue that we are actually seeing intuitional confidence and I would in part agree with these in the earlier stages of the take up of leverage. But, it assumes that hedge funds are smarter than the average punter and less prone to emotional swings. In my opinion this is not true. All investors are flawed emotionally and prone to the same reckless errors. It is just that hedge funds and the like make their mistakes on a massive scale, which is why they are so dangerous.

One of the errors that creeps into thinking about tools that could be used to identify mania is the belief that they are predictive when in fact they are post- dictive.  They tell us what the peak of mania might have been once we are past it. They are a good rear view mirror tool as are all technical tools. They have a slightly different orientation but they are neither better nor worse than any other tool.

I often state that the single most important rule for trading is knowing when to be in the market. Equally important is when to stay with the market and be a pig. These tools don’t actually do this because they act as in many ways as little more than confirmation bias. If you feel the market is overvalued or in the grip of mania you will look at one of these tools to confirm you view. If you think the market is undervalued you will do the same thing. Confirmation bias is the enemy of traders and sentiment or market valuation tools tend to have a stronger pull than strict trading tools. I have often wondered whether this is because they form part of narrative that traders construct and therefor they strongly support the underlying narrative.

This inevitably raises the question of what do I do. What I do is based upon a few ground rules.

In terms of how I take the temperature of the market I tend to be very simple and use the following two charts. When they are long I am long, when they are short I am out or short.