The Loneliness of the Short-Seller 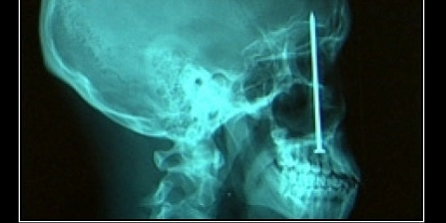 Betting against the market is not worth the expense, either. To take a short position, traders sell borrowed stock in a company they think is overvalued with the hope of buying it back at a lower price. If the stock price goes up instead, short-sellers have to buy more stock in order to “cover” the position, which in turn pushes prices higher. Over the last several years, traders have hemorrhaged money on such bets, reporting percentage losses that are sometimes in the double digits, according to data compiled by HFR, a research firm.

In 2014, more than $1.3 billion flowed out of short-biased funds, a result of losses and investors withdrawing their money, according to HFR estimates. Within the universe of 8,431 hedge funds, there are only 17 that are short-biased, according to HFR data. (The Financial Times earlier reported on the HFR data.)

Hedge funds that shorted certain high-flying stocks have been pulverized. Take Tesla, the maker of luxury electric cars. For years, it was a favorite among short-sellers, who questioned everything from its business model to its forecasts for revenues. Despite the pessimism, the stock suddenly gained more than 600 percent from early 2013 until September of last year. The share price has since come down slightly, but at around $260 a share it is still much higher than the roughly $30 a share it traded before the run-up.

“It’s been an extremely difficult period for many short-biased managers, as negative performance during this prolonged bull market has led to capital outflows, forcing some to throw in the towel as others struggle to keep the lights on,” said Joseph Larucci, a co-founder of the hedge fund advisory firm Aksia.

PS: Part of the issue is the story people tell themselves regarding an individual stock – the story becomes all consuming in the face of reality and is used as a form of internal justification. This is the ultimate in ego defensiveness. There was nothing intrinsically wrong with short selling stock such as Tesla but only when it warranted short selling. And as you can from the chart below those times were few and far between. To be blunt – narrative is bullshit.