From The Land Of Dodgy Correlations 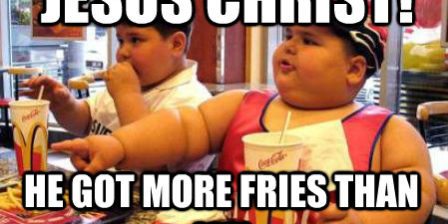 This dodgy idea  actually popped into my head during a discussion the other night. For some reason I found myself sitting in a McBogan Cafe waiting for a kids party to end….its a long story and there are no cafes open (or even in existence) in the suburb that the party was being held in. Whilst there I observed the inhabitants of said cafe in the manner of David Attenborough as opposed to Steve Irwin since there was no way I was going to jump on any of them without a hazmat suit. Naturally I then wondered if there was a correlation between the increasing size of the general population and the share price. of Maccas. The share price is easy to find whereas consistent data on weight gain in the population over time is a little harder to find. Cobbling together some data from the OECD I came up with the chart below which looks at the  adjusted  McDonalds share price on a year end basis versus the percentage of the US population that are classed as obese by the OECD research.

The chart doesn’t really offer any compelling insights. People are getting bigger and McDonalds share price has gone up over time – this does not automatically mean the two are linked in any causal way. You could generate a narrative that says people are getting bigger because they are eating more crap like McDonalds and McDonalds share price has risen because people are eating more crap. However, this is a circular statement and circular logic falls foul of the correlation is not causation problem. It may be part of the answer but in problems that are probably multi factorial it is not the only answer. This is why narratives are so problematic for us in trading – at first glance they look sensible but upon deeper refection they dont hold up to scrutiny.

The issue here is one of critical thinking as opposed to headline. For example I am somehow subscribed to a site called Chart of The Day which as the name suggests outs out charts on a regular basis. However, it has the odd habit of putting out things such as the Dow measured in salmon per cubic metre, which is completely meaningless but it is dressed up as analysis.. Spurious corrections grab our attention but they dont really help us solving the problems we face.

Categories: Get Your Shit Together, Health and FitnessBy Chris TateJune 23, 2015