Its Not Just Students… 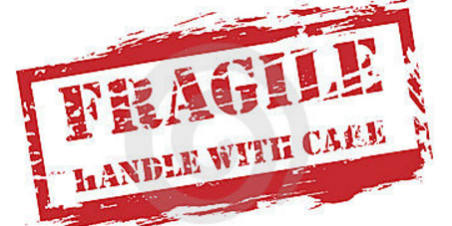 A year ago I received an invitation from the head of Counselling Services at a major university to join faculty and administrators for discussions about how to deal with the decline in resilience among students. At the first meeting, we learned that emergency calls to Counseling had more than doubled over the past five years. Students are increasingly seeking help for, and apparently having emotional crises over, problems of everyday life. Recent examples mentioned included a student who felt traumatized because her roommate had called her a “bitch” and two students who had sought counseling because they had seen a mouse in their off-campus apartment. The latter two also called the police, who kindly arrived and set a mousetrap for them.

Faculty at the meetings noted that students’ emotional fragility has become a serious problem when it comes to grading. Some said they had grown afraid to give low grades for poor performance, because of the subsequent emotional crises they would have to deal with in their offices. Many students, they said, now view a C, or sometimes even a B, as failure, and they interpret such “failure” as the end of the world. Faculty also noted an increased tendency for students to blame them (the faculty) for low grades—they weren’t explicit enough in telling the students just what the test would cover or just what would distinguish a good paper from a bad one. They described an increased tendency to see a poor grade as reason to complain rather than as reason to study more, or more effectively. Much of the discussions had to do with the amount of handholding faculty should do versus the degree to which the response should be something like, “Buck up, this is college.” Does the first response simply play into and perpetuate students’ neediness and unwillingness to take responsibility? Does the second response create the possibility of serious emotional breakdown, or, who knows, maybe even suicide?