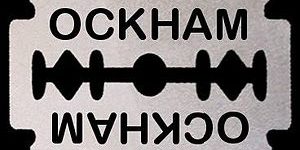 As long ago as the fourth century B.C., scientists have argued in favor of simplicity. Perhaps the most familiar expression of the importance of simplicity for science is the 14th century formulation known as Occam’s razor, a line of reasoning that holds that the simplest answer is often correct.

The preference for simplicity in science has endured. Indeed “since [Occam’s] time, it has been accepted as a methodological rule in many sciences to try to develop simple models,” researchers write in Simplicity, Inference and Modelling: Keeping it Sophisticatedly Simple.

We were unable to find an operational definition of simplicity in forecasting, so we developed one. My co-authors and I argue in a recent article in the Journal of Business Research that simplicity requires that (1) method, (2) representation of cumulative knowledge, (3) relationships in models, and (4) relationships among models, forecasts, and decisions are all sufficiently uncomplicated as to be easily understood by decision-makers.

The Mentor Program is Opening for Bookings Next Week
October 30, 2020