WHY DO WE EAT, AND WHY DO WE GAIN WEIGHT? 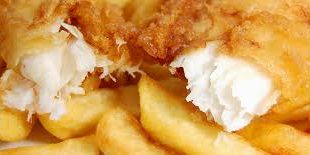 Here are a few of the things that can make you hungry: seeing, smelling, reading, or even thinking about food. Hearing music that reminds you of a good meal. Walking by a place where you once ate something good. Even after you’ve just had a hearty lunch, imagining something delicious can make you salivate. Being genuinely hungry, on the other hand—in the sense of physiologically needing food—matters little. It’s enough to walk by a doughnut shop to start wanting a doughnut. Studies show that rats that have eaten a lot are just as eager to eat chocolate cereal as hungry rats are to eat laboratory chow. Humans don’t seem all that different. More often than not, we eat because we want to eat—not because we need to. Recent studies show that our physical level of hunger, in fact, does not correlate strongly with how much hunger we say that we feel or how much food we go on to consume.

That’s something of a departure from commonly held views of what it means to be hungry. Traditionally, hunger has been seen as largely physiological: our body becomes depleted and, to maintain homeostasis—the body’s status quo—certain hormones are released into our bloodstream and stomach to signal to our brain that it’s time to replenish its resources. We eat. We digest. We use up our store of energy. The process repeats. “There are literally thousands of studies on the behavioral and biological effects of prolonged food deprivation,” Michael Lowe, a psychologist at Drexel University who has been researching hunger since the late seventies, told me.