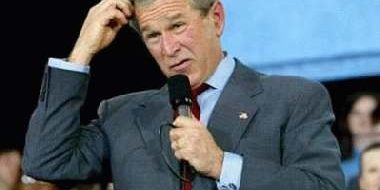 I grabbed the piece below from a social drivel site because it neatly explores something I spoke about in Sydney last week.

This offers a paradox in that it attempts to explain something that needs no explanation and the explanation it offers is wrong. I say that the movement in the market requires no explanation because in reality successful trading does not depend upon generate what are effectively post hoc rationalisations for something that has happened. I am certain that the worlds best surfers could not explain wave action in terms of hydrodynamics – they dont have to they merely need to know how to surf .

When markets move no one truly knows the reason why unless it is a massive driver such as the recent move in the CHF. Any rationale is simply someones narrative it is there way of attempting to explain something they cannot understand. It is no different from our ancestors believing that night was merely a veil draped across the sky by one of their deities.  The reason the explanation is wrong is really quite simple and is to be found in the expected range that the market would move over a given time period.

The chart above is of the Dow with ATR plotted along with a 250ma to give a a sense of what the long term trend in ATR is. ATR is a measure of volatility so it gives us a sense of what to expect in terms of movement. We can see that ATR over recent days has spiked with a peak of over 250 points and the long term and the long term ATR drifted up to 159 points. So if we assume a day on which no news hit the market we would expect it to move within these ranges because that is simply the nature of volatility. Markets are natural systems and as such they are subject to all the natural laws that are present in the rest of our world.

The desire to offer an explanation for everything that happens in markets is to me a slippery slope that leads to confusion, disappointment and inaction. The question that is always foremost in my mind when I hear explanations (and I consider things such as value investing an explanation) is how are you going to convince the market that your explanation is correct. What actions can you take to prove to the market that you are right? I would suggest that there are none. I would also suggest that because traders become emotionally invested in their narratives that they will act to protect their narrative and hence their ego once it goes wrong. The only way we can act to preserve our ego is to slightly alter the narrative and offer up statements such as the market is wrong. Markets can never be wrong – price at any given point in time is always correct. It is just that the market might have a completely different narrative to the one you are clinging to.