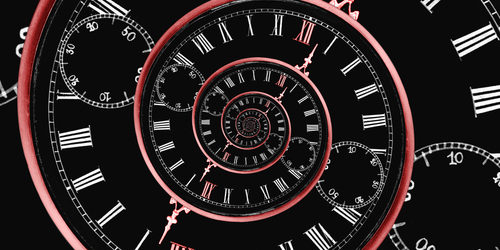 One of the biggest problems people have when they come to trading is the notion of self responsibility, people are so used to abrogating responsibility for their own lives to someone else that they literally do not know how to get into the drivers seat. This poses all sorts of problems because trading as a profession is dependent upon everyone being responsible for their own decisions and by extension their own destiny. Interestingly, it does not seem to matter how much attention you give someone some still cannot seem to get off their own arses and take charge. We have even found that within our own Mentor Program that some people simply do not get that they are in charge and they are constantly looking for someone else to guide them, direct them and wipe their arses for them as if they were still babies. As a means of venting I wrote about this on our Alumni forum where the program graduates congregate. After writing about it I came across some interesting research by Anne-Laure Sellier and Tamar Avnet

Seller  and Avnet set up people to choose between organizing some jobs in “clock-time” (scheduling a specific job at a specific time) or in “event-time” (doing a job until you reach a natural break). They found that delineating task into these two styles had some very interesting consequences. Clock timers were more likely to have an external locus of control – they were passengers rather than drivers. The trajectory of their lives were determined by others or by events outside of their control. Event timers were the opposite – they had an internal locus of control, they were drivers not passengers. Interestingly, clock timers were also less joyous than event timers, they seemed to be have a reduced capacity to saviour moments of joy.

To expand upon this, successful traders are probably event timers in that they recognise their own control and are not subject to the whims of others. Again we come back to this notion of being responsible for yourself. I have lost count of the number of times I have heard poor traders blame everything from their broker to their PC to the number of screens they have for their lack of success. Everything, is an excuse not to look inward and see if the failure lies within.

Category: Get Your Shit Together, Trading PsychologyBy Chris TateJuly 15, 20142 Comments