Who Is In Charge? 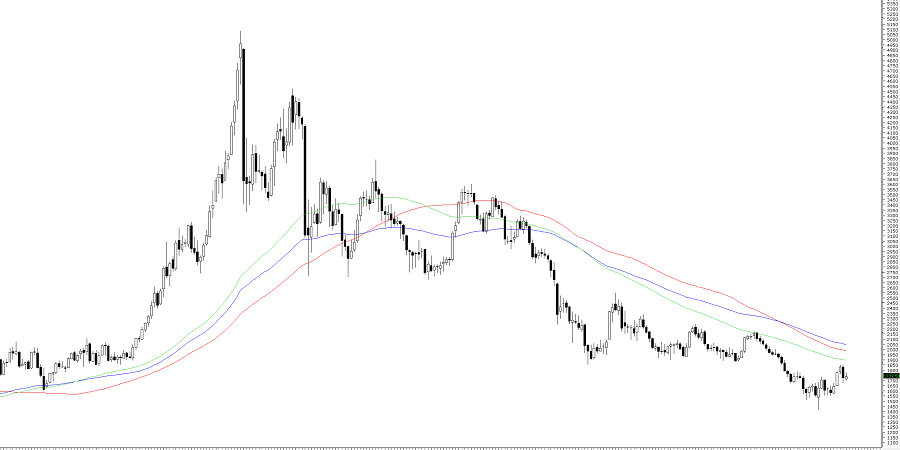 Each decision to trade is implicitly based upon an assumption as to who is in charge – the bulls or the bears. However, this decision whilst it seems reasonably simple is actually a very hard one to make. In part I think the difficulty arises because of the myopic nature of traders and the inability to stpe back from the trading process. Often we are so enamoured by what we think is a good idea that we fail to see the bigger picture. Consider the chart of silver below.

What we can see is a market that drifted down, congested in Mid December and then had a small breakout from early January before the move faltered. It is this faltering that I want to concentrate on. If we view this segment of trading in complete isolation we might be able to make a case for trying to trade this limted breakout. However, the key point here is the notion of isolation, we have no idea what the bigger picture is and how it might play a role in price action. The chart below is silver using a weekly time frame.

In this more comprehensive picture we can see that silver has been predominantly trending down for the past three years and is still trending down based upon this time frame. In light of this bigger picture the movement in December now takes on the appearance of a counter trend rally and we know that such moves tend to run out of puff quite quickly.  These moves tend to catch bulls who are anxious to get in early before a true change of trend is confirmed. In part the decision to trade such moves is based upon equal measures of not wanting to miss out and ego. Unfortunately, determining the overall trend is not an exact science and all traders will have false starts. The chart below is silver with a 90 period ma plotted. On this chart I have plotted simple, exponential and weighted ma’s and you can see the responsiveness of each style of ma. You can also see that there are false breaks. Unfortunately, this is the nature of the game.