Brian the Mentally Ill Bonobo, and How He Healed 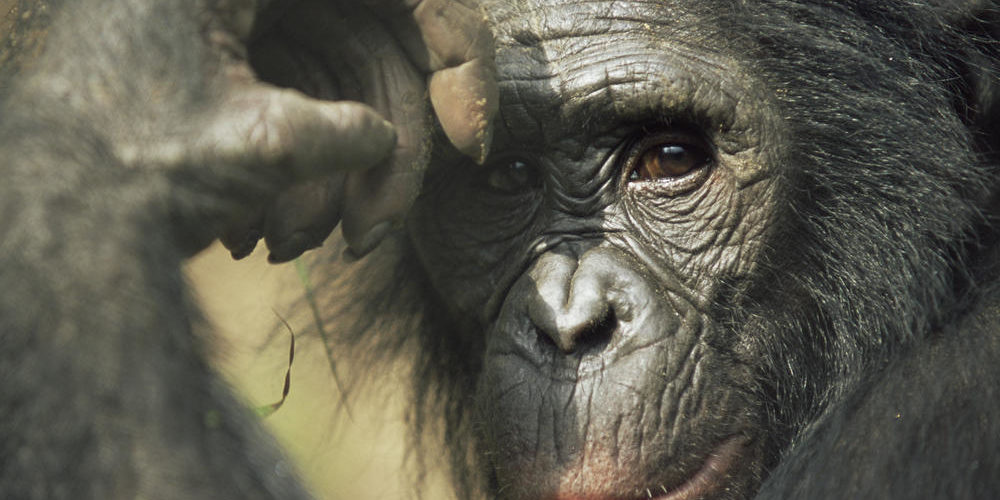 Things were not looking good for Brian. He’d been kept from the affection of his mother—and all other women—and raised alone by his father, who sexually traumatized him. Normal social interactions were impossible for him. He couldn’t eat in front of others and required a series of repeated, OCD-like rituals before he’d take food. He was scared of any new thing, and when he got stressed, he’d just curl up into the fetal position and scream.

He also hurt himself over and over, tearing off his own fingernails and intentionally cutting his genitals. He was socially outcast, left to clap his hands, spin in circles, and stare blankly at walls by himself.