Are We Scared Yet? 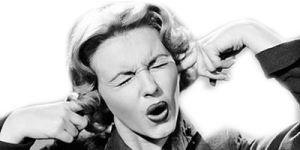 Apparently, the world is ending because the media says so. The source of much of this hysteria is that the media seemed to have discovered a tool known as the S&P/ASX200 VIX indicator which is also known as the fear indicator. One somewhat hysterical report claimed that it was the highest it had ever been, which it is not. What they saw was obviously the ASX chart that only goes back to 2012. Punters will know that I have mixed feelings about volatility based tools. I tend to regard them in much the same way that General George S Patton regarded the French Resistance. Not as good as advertised but better than expected.  There are two things that are important when looking at volatility based tools, particularly those that are based upon implied volatilities such as VIX in all its domestic forms.

The first thing we need to be aware of is basic context – volatilities are relative values so whilst a number might sound high in isolation, context might provide a slightly more nuanced view. Consider the chart below of the S&P/ASX200 with a 30 period historical volatility plotted.

In the indicator box I have plotted two lines. The unbroken blue line represents the average historical volatility for all the data on the chart whereas the broken line represents average historical volatility since the GFC. This tells us an interesting story – volatility in terms of is historical volatility is not that bad. In fact it is sitting below the average volatility of the market post the GFC. This of course comes with all the caveats that using simple averages come with, nonetheless it is an interesting picture. This raises the question of why the hysteria over volatility and I think the answer to that is found in the age old problem that people confuse trend with volatility. The belief being that if the market is going down then it must be more volatile. Unfortunately, this is the default narrative of talking heads in the media.

The picture is slightly different when we look at the local version of the VIX over the long term.

The solid read line represents the average for the entire data set whereas the broken line represents the average since the GFC. The picture with the local VIX is a little different to that of the underlying index with its historical volatility plotted. The reason for this difference brings me to my second important point when viewing such tools. When you look at the VIX you are seeing the markets expectation of volatility over the next 30 days based upon a blended average of expectations generated from index option prices. So you are seeing in effect an opinion about what volatility might be in the near future. However, this opinion is based upon the past and is an attempt to project into the future. In its most basic form there is nothing wrong with this because this is how we all construct our views of the market. The issue I have with this is the near quasi religious status that such tools have and the belief that somehow they predict the future of the market. What they offer is an expression of opinion about volatility not trend and if you look at the historical distribution of prices you see that the VIX rises after an event – not before it. It has to be this way, if volatility rose before any change in the underlying you would have problems with the notion of cause and effect.

This raises issues for the average punter because they are being bombarded by somewhat breathless pronouncements about the level of fear in the market. The easiest solution is isolation and ignorance. It is all too easy to be swept up in the overthinking and prognostication that goes on when markets begin to move. This is simply noise. Noise is in many ways a function of volatility – the more markets move in a short period of time the noisier they become. From my perspective noise is a common crowd response to activity and can be compared to what happens a sporting events. As the action increases so too does the volume of the crowd. This increase in volume produces a series of emotional responses in the crowd. These responses are generally always subconscious – people when influenced by crowds often do things for which they have no rational explanation. The same is true in trading.

As the Japanese are fond of saying. To take no action is an action. Unfortunately, traders believe somewhat falsely they must always being doing something, even if it is the wrong thing.