What If Age Is Nothing But A Mind-Set? 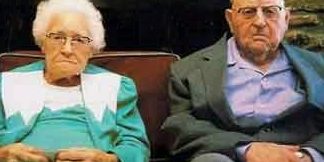 One day in the fall of 1981, eight men in their 70s stepped out of a van in front of a converted monastery in New Hampshire. They shuffled forward, a few of them arthritically stooped, a couple with canes. Then they passed through the door and entered a time warp. Perry Como crooned on a vintage radio. Ed Sullivan welcomed guests on a black-and-white TV. Everything inside — including the books on the shelves and the magazines lying around — were designed to conjure 1959. This was to be the men’s home for five days as they participated in a radical experiment, cooked up by a young psychologist named Ellen Langer.

The subjects were in good health, but ageing had left its mark. “This was before 75 was the new 55,” says Langer, who is 67 and the longest-serving professor of psychology at Harvard. Before arriving, the men were assessed on such measures as dexterity, grip strength, flexibility, hearing and vision, memory and cognition — probably the closest things the gerontologists of the time could come to the testable biomarkers of age. Langer predicted the numbers would be quite different after five days, when the subjects emerged from what was to be a fairly intense psychological intervention.

Categories: Get Your Shit Together, Health and FitnessBy Chris TateOctober 26, 2014