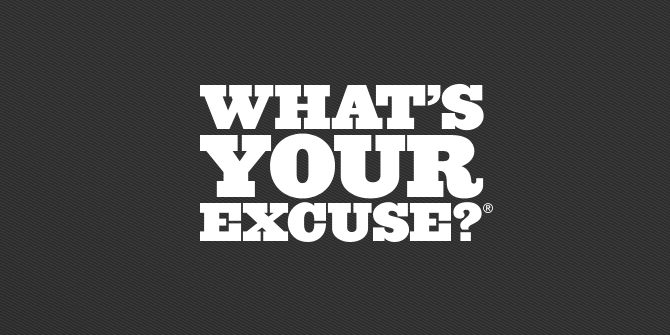 Unless you change what comes out of your mouth, and what has taken root in your mind, you’ll be stuck exactly where you are now… forever.

Successful traders are ludicrously intolerant of excuses. Their own, and others.

When I was broke, I used to spout drivel about why it wasn’t my fault. One day I just stopped, cold turkey. Things turned around pretty quickly after that. Co-incidence? I think not.

The same goes for drinking and eating. You can’t keep on making excuses for being a boozer, or being overweight, if you want your future to look different from your past.

Making excuses is a malignant force in your life. People will be repelled from you. It’s a sign you’re deluded about your life, and it’s a sad statement of a lack of integrity. If you continue to do so, you’ll rob yourself of the chance to face reality and make the adjustments to your life that will under-pin the very fabric of your future success.

Hold yourself accountable. Stop believing your own drivel. Demand a higher standard from yourself.

The only way to move forward is to stop making excuses and just do it!

Definition of the Month