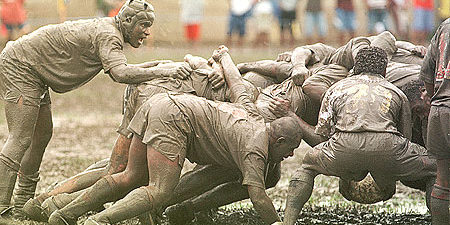 Graham Davidsonwas in a slump, the worst he’d ever known.

In 15 years as a foreign-exchange trader in Sydney, New York and London, he’d always made money. Now, in the winter of 2011, he seemed to have lost his touch, Bloomberg Markets magazine will report in its April issue.

Davidson’s trades were all in the red — screaming, fire-engine red. And his mood had turned black. Self-doubt haunted every decision. He hesitated to put trades on. He jumped out of positions at the first hint of trouble, only to see the market turn again, racing ahead without him.

“‘Is my approach still relevant? And how long do I persevere?’ You start asking yourself these questions,” he says.

Davidson, who works atNational Australia Bank Ltd. in London, decided to get some help. On a colleague’s suggestion, he turned to Steven Goldstein, a former trader who now specializes in coaching traders and money managers. Davidson, 41, says that just talking to Goldstein eased his anxiety.

“On a trading desk, there can be a lot of bravado,” he says. “We’ll sit around talking about trades but not airy-fairy stuff about how we are feeling.”

Through regular coaching sessions during which Goldstein used techniques adapted from psychology, Davidson says he began to regain his confidence.

In one of those neat little coincidences that pop up I came across this article this morning at the same time as I was reviewing the image below which came from a sports science site. Normally I dont get over excited about analogies between sport and trading since in many ways they are separated by two simple facts. Most sports are team based – it is possibly to drift out of the game in a team sport for a little while and not really be missed. Unfortunately, you cannot really do this in trading. The other difference occurs in the nature of burnout, sports are played for a given amount of time – you know that both the game and the season are going to end. In trading it only ends when you either take yourself out of the game or are taken out of the game.

Whilst the graphic relates to sport and in particular team sports there are still some interesting little pieces for the trader about maximising performance.

1. Create organisational clarity – what the hell an I doing this for?

2. Intensive athlete monitoring – what is going on inside my head and inside my trading system?

4. Do we need the data we currently collect? – am I making it harder than it should be?

5. Beware of confirmation bias – how do i know I know I am any good?