The secret to happiness? Stop trying to be happy. 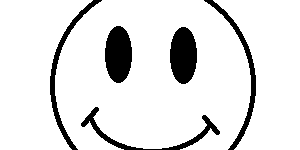 A few minutes after Neil Pasricha learned his wife Leslie was expecting their first child, he got an idea for a book. They were sitting on a plane returning to Canada from a trip to Asia when a flight attendant handed them a plastic-wrapped muffin with a scrap of paper that read, “Congratulations!” Leslie had been sick toward the end of their vacation, and on a hunch she had picked up a pregnancy test during a layover—and taken it mid-flight. Pasricha’s first thought upon hearing the news: Tell someone! Hence the muffin.

His second thought would require more time and effort to materialize. Pasricha decided to write down everything he knew and was learning about how to be happy: “I couldn’t think of anything I wanted more for my child.” Almost two years later, Pasricha has finished a 275-page book called The Happiness Equation: Want Nothing + Do Anything = Have Everything. Whatever edits the copy has been through, the dedication has remained the same: “To my baby, I wanted you to have this in case I didn’t get a chance to tell you, love Dad.”

Just about every parent can relate to Pasricha’s wish for his child. His mother and father no doubt wanted the same for him. But Pasricha’s struggle to articulate what happiness is and how to achieve it has a particular resonance. This is, after all, coming from the guy who during the past decade, while working as a corporate leadership executive at Wal-Mart, started a blog, 1000AwesomeThings.com, which turned into the bestselling The Book of Awesome, an ode to everyday pleasures, which was spun off into three more Awesome books (plus a journal and five calendars), a popular TED talk and hundreds of other speaking engagements around the world.

Stratospheric professional success aside, Pasricha, 36, has much to be happy about: he owns a home in Toronto, has a loving wife, a young son and now a second baby on the way. Despite all of these accomplishments, and even the wisdom Pasricha imparts in his books, finding happiness has turned out to be as much a maze as a marathon for him. “I don’t feel like I’ve achieved any next-level enlightenment or nirvana,” he says. “I have intense daily, weekly and monthly net struggles.” Especially around how to juggle work and family time. “Dropping my son off [at daycare] and picking him up is really important to me,” says Pasricha, as an example of one thing that’s come under threat. “Seventy-hour weeks in an office [mean] no more breakfasts with my son.” So he recently did what many people who are similarly stretched often fantasize about. Pasricha quit his job at Wal-Mart with one plan in mind: “I’m actually right now in the throes of dedicating myself more fully to happiness.”

Categories: Aspiration, Get Your Shit Together, Trading PsychologyBy Chris TateMarch 23, 2017