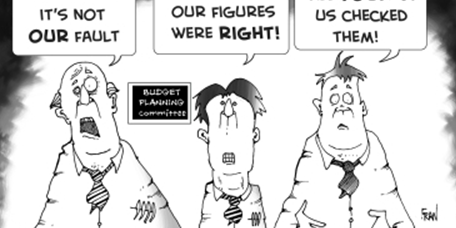 In “Seven Bad Ideas: How Mainstream Economists Have Damaged America and the World,” Jeff Madrick — a contributing editor at Harper’s Magazine and a frequent writer on matters economic — argues that the professional failures since 2008 didn’t come out of the blue but were rooted in decades of intellectual malfeasance.

As a practicing and, I’d claim, mainstream economist myself, I’m tempted to quibble. How “mainstream,” really, are the bad ideas he attacks? How much of the problem is bad economic ideas per se as opposed to economists who have proved all too ready to drop their own models — in effect, reject their own ideas — when their models conflict with their political leanings? And was it the ideas of economists or the prejudices of politicians that led to so much bad policy?

I’ll return to those quibbles later, but Madrick’s basic theme is surely right. His bad ideas are definitely out there, have been expressed by plenty of economists, and have indeed done a lot of harm.

Categories: Get Your Shit Together, Morons I have metBy Chris TateSeptember 28, 2014