Retards I Have Met 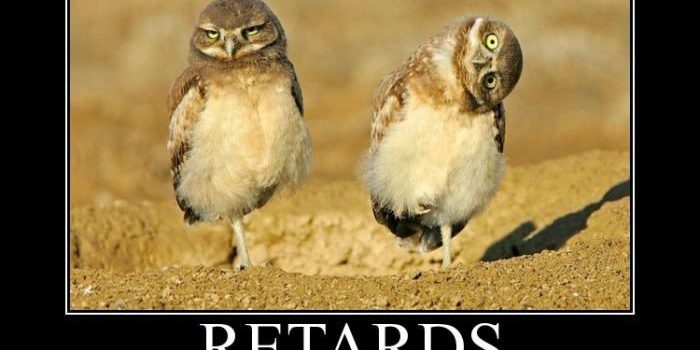 Over the years I have been collecting a series of interactions with various retards that I plan to publish in my dotage. You can trust me when I say that the list of those included is long and distinguished and now I have two more to add to the list. We received emails from two idiots saying that we have not actually had someone win the ASX Sharemarket Game and that we merely hired an actor and pretended that he had won.

The great problem with life is that these people are that interacting with the rest of us and they may have an impact upon your life because at some stage they may have a job that grants them responsibility over a piece of machinery or  sharp objects when in fact they would be taxed by running a Mister Whippy van. I bet if you looked at their undies you would see that their mother has written their name on them and also sown $1 into a handkerchief for them.