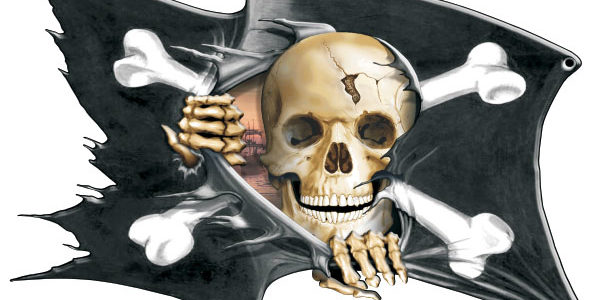 I heard a remark in passing  the other day that prompted me to do a bit of research. Pirates, that is the sort that hijack ships not the sort that illegally download Game of Thrones  have their own stock exchange.  This exchange was established in 2009 in Harardheere which is north of Mogadishu. This exchange is open 24 hours a day and allows investors to profit from various attacks.The exchange started with 15 what are called maritime companies and the number is now somewhere north of 72.

The mechanics of the exchange are quite simple – investors get to share in the spoils of an attack for contributing either money or weapons. The amount generated by a single attack on a Western vessel can run as high as $10 million. Investing is open to anyone, which makes me wonder why no broker here hasn’t gotten in on the act. After all I was advised that Syria, Morocco, and Libya were strong emerging markets just a few years ago, look how week that worked out for everyone. Piracy does seem to be a powerful economic drive for Harardheere with pirates now doing their best Wolf of Wall Street impressions with collections of fancy cars competing with horse drawn vehicles.  In a fit of social responsibility the district government gets a cut of what pirates take and use it for public infrastructure.

The point about this which interests me is that exchanges are obviously a natural feature of economic activity – it doesn’t matter where you are or what time period you are in people will always look for mechanisms for investment and price setting.