Why Do People Fail? 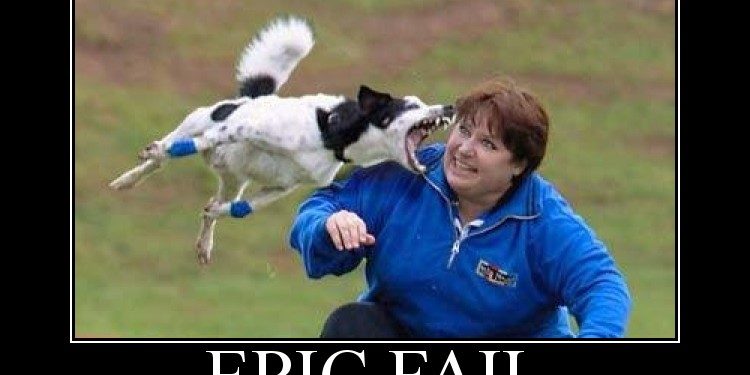 When I was much younger I was introduced to the phrase that people fail because of the people they are and at the time I thought this was a bit harsh. My reasoning was that life does not deal everyone the same cards and in some ways I still hold that view. There is obvious disadvantage in the world and this disadvantage is often hard to overcome. However, the older I have become and the more time I have spent with people the more I am drifting more and more to the philosophy that people fail because of who they are. My movement towards this way of thinking has come about courtesy of watching people over the years. Everyone knows of someone who started with every advantage in life and who blew it. I have a friend who was left a fortune that at the time would have been only a little shy of getting him into the BRW Rich 200. Twenty years later it is all gone and he and his wife are living in a very ordinary Melbourne suburb and send their kids to a profoundly shitty public school. His failures are his own – he had every advantage but made nothing of it. All of us have people in our lives either directly or indirectly started with nothing and made something out of themselves. And these people earn our undying respect.

When you see these contrasts you need to ask the question as to what is the difference, what is that one essential thing that separates people and in the end it is the people they are.

A very successful mate of mine has a saying – the way yo do one thing is the way you do everything and to me this is a guiding principle in business and relationships. As an example we have someone who has been driving us around the friggen bend to get into the Mentor program – lets call her Eve. Eve begged and pleaded to be let into program and each time has promised that money would be paid by a certain time or a credit card that worked would be provided and each time payments have been missed, credits cards don’t work,phone calls and emails are not responded to. What we get is excuse after excuse until finally we simply tell them to piss off. The point is that I can guess that Eve sits at home wondering why her life is not humming the way she wants it to. Yet, not once will she recognise that the common denominator in all her problems is herself – she is the centre of her own universe of problems.

The older I get the more I realise that people are to blame for the way their lives are. Equally to blame for things in my life that are not the way I want them to be.