Not All ETFs are Created Equal 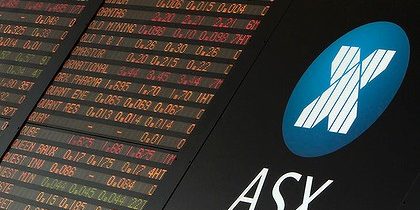 Following on from my post a few weeks ago about ETFs I have been mulling over the utility of ETFs within a portfolio. You only need to mention the word superannuation to me and you will get a gob full from me pontificating on how I think the current system is crap, completely inadequate to servicing the retirement needs of a generation and is little more than a remuneration scheme for fund managers masquerading as an asset class. It is my firm belief (backed by evidence) that investors who are seeking a long term low cost portfolio should look to ETFs However, not all ETFs are created equal and the predominant advice to simply buy STW might actually be sub optimal and not offer the best alternative for investors.

To investigate this I decided to have a look at what was on offer locally in the arena of index ETFs. You might think that this is a somewhat dim idea since an ETF can either replicate the index or it cant and if you were comparing two identical index ETFs any difference you see would be minimal and down to different management fees. However, when looking at the S&P/ASX 200 you do get a choice between an ETF that seeks to replicate the index the best that it can in terms of the weighting of stocks within it and an ETF that takes a different approach. The ETF, MVW seeks to replicate not the S&P/ASX 200 in its totality but rather  the returns of the MVIS Australia Equal Weight Index. This index has a fundamentally different structure to the S&P/ASX 200 in that it only tracks the largest most liquid ASX stocks. As such it has 84 components as opposed to 200.

The differences in weighting can be seen in the matrix below –

The most glaring differences is in the relative exposure to to Financials – MVW appears to be underweight the local banks. However, the central question is one of performance – does the difference in allocations have a marked impact upon returns?

MVW has only been listed for three years so the basis for comparison is modest. However, based upon the data I have MVW outperforms STW. I did think that part of this out performance was due to having a narrower focus and removing a lot of the crap that makes up the S&P/ASX 200. To test this I compared MVW with the S&P/ASX 100TR Index. My thinking being that the narrower index might more closely approximate the MVW stock selection.

I did think that the gap might narrow a little but it didn’t. My guess as to where the difference in performance is coming from is that the basis was laid in 2015 when STW fell a slightly higher relative amount. This drop was a of the drop in the banking and financial sector that occurred then. Instead of being a disadvantage the lower exposure to banking and finance has proved to be beneficial for MVW. It also demonstrates one of the immutable laws of finance – the person who loses the least amount of money when things go wrong inevitably wins.

This does raise the question of when confronted with the need to select an ETF that replicates the local index which one do you choose because not all ETFs are created equal.